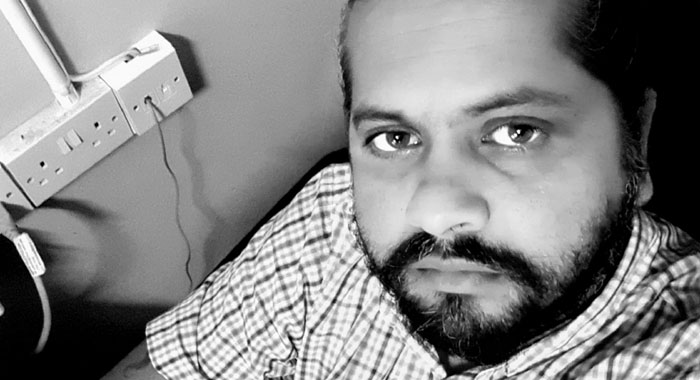 The son of Linda Bullock, one of two Vincentians indicted in the United States as part of the US$50 million fraud scheme, has spoken out about the charges against his mother.

In a Facebook post that he appears to have subsequently deleted on Friday, Rohan Bullock accused the United States Federal Bureau of Investigations of trying to “kill the offshore sector” in St. Vincent and the Grenadines (SVG).

He said that the Financial Services Authority in Kingstown, which regulates the non-commercial bank financial sector in SVG, was “simply rolling over and allowing them to do it and in the process destroy a woman of the soil”.

“I didn’t want to politicise this issue but if this shit continues….i (sic) will disregard the strong urges and instructions that were given to me and say precisely and specifically what I KNOW IS GOING ON,” Bullock wrote.

Bullock’s post seems to have been triggered by the apparent decision by Scotia Bank to close his mother’s account and cancel her credit card.

He said that his father — who is divorced from his mother — has strongly urged him not to comment publicly on the matter.

“But I can’t stomach this crap anymore,” Bullock wrote, saying that he met his mother in tears the previous night looking at a letter sent to her from Scotia Bank.

He said the bank told his mother that they had taken the decision because she had violated their personal financial services agreement.

Bullock said: “Now these are the facts….my mother was not or has ever (sic) been involved in any sort of illegal activities….She is the CEO of loyal bank….loyal bank came under fire after the surfacing of an indictment in which my mother was named.”

He was referring to the indictment unsealed in the United States on March 1, in which prosecutors say Linda Bullock, 57, along with Loyal Bank, an off-shore bank with offices in Hungary and SVG; and Loyal Agency and Trust Corp. (“Loyal Agency”), an off-shore management company located in SVG, are among six individuals and four corporate defendants indicted in US$50 million international securities fraud and money laundering schemes

They allegation is that they proposed that an undercover law enforcement agent purchase a Pablo Picasso painting to launder fraudulent profits from a stock manipulation scheme.

Richard P. Donoghue, United States Attorney for the Eastern District of New York alleged that the defendants “engaged in an elaborate multi-year scheme to defraud the investing public of millions of dollars through deceit and manipulative stock trading, and then worked to launder the fraudulent proceeds through off-shore bank accounts and the art world, including the proposed purchase of a Picasso painting”.

But Rohan Bullock defended his mother, saying, “My mother would never allow herself to get sucked into or involved in any sort of fraud. She is one of the most qualified bankers in the Caribbean and she is also a lawyer who was called to the bar in England in 2017.”

He said he has seen his mother work 12-hour days, adding, “… her compensation does not fit her efforts”.

The younger Bullock said in the post that his mother has struggled and saved in order to complete the construction of her house.

“She does not wear flashy jewellery….she does not drive an expensive vehicle….she does not go on lavish trips, she is not a socialite….she is humble and hardworking!

“Facts of the matter….my mother’s salary as the CEO of loyal bank goes to her acc[ount] at scotia bank….there were and are no questionably deposits or transactions connected to her account. What agreements has my mother violated?” Bullock wrote.

Bullock accused the FSA of allowing the FBI to run roughshod on the local offshore sector, but noted that his mother works in SVG, although she has dual citizenship.

“[S]he pays taxes here….she contributes to the economy and has spearheaded initiatives to develop the banking industry here in SVG,” he said and accused Scotia Bank of victimising his mother.

Prime Minister Ralph Gonsalves told the media last week that his government has received no extradition request in connection with the indictment.