‘Prophet’ who raised thousand$ in St. Vincent unmasked in Canada 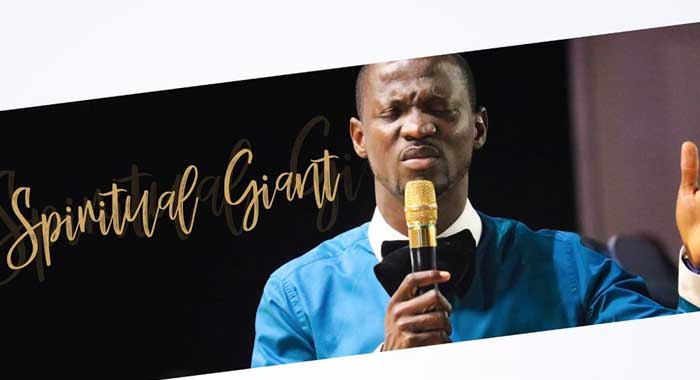 Prophet Dr. Kofi Danso wanted the court to help him hide the fact that he has a 6-month-old child with a former congregant who is not his wife.

A Toronto-based pastor whose ministry raised what is believed to have been thousands of dollars in St. Vincent and the Grenadines in crusades over the past year has lost a bid to keep secret the fact that he fathered a child with one of his church members.

Martin Kofi Danso, a self-proclaimed “prophet”, left a sour taste in the mouth of many Vincentian Christians who attended a series of meetings his church held in Kingstown last year.

Among other things, he asked persons to sow “age seeds” — giving the equivalent of their age in cash to his ministry — to receive a special blessing from God.

He asked persons who were having trouble conceiving to “sow” especially so that he can pray for them to have a child.

For other blessings, persons were asked to “sow” EC$1,000. Some persons who were leaving the event before “blessing” the “prophet” with their cash, were reprimanded for doing so, with Danso saying that he had blessed them with his preaching, but they were leaving without blessing him with their cash.

But now, the Ghana-born minister who returned to St. Vincent in July for a three-day event dubbed “Open Heaven’s Conference”, has to live with the reality that he can’t keep his identity secret in a paternity case just because the publicity could damage his reputation and hurt him financially.

According to The Star newspaper in Canada,

Ontario Superior Court Justice Fred Myers on Tuesday dismissed Danso’s request to extend a publication ban and sealing order on a court file related to allegations that he fathered a child with former congregant Chris-Ann Bartley.

Publication bans in family court matters are typically used to protect the identities of children involved.

Danso cited the risk to his “significant commercial/financial interests” as a reason for requesting a ban.

Bartley’s lawyer, Theodora Oprea, told the Star after Tuesday’s hearing that a DNA test has since confirmed Danso is the father of her client’s baby boy, who is now 6 months old. The test was not directly addressed during the court hearing.

In a sworn affidavit filed with the court, Danso claimed he had never had intimate relations with Bartley.

Danso’s lawyer argued that without anonymity, his client will face “emotional harm and stress,” particularly if allegations involving other members of the church — which have been posted on social media — are released to the broader public.

“He’s a public figure … he is not someone who will not be harmed by certain allegations,” Daniel Robertson said.

“It cuts both ways, doesn’t it?” replied the judge. “That also brings about the possibility of a public interest when somebody’s out there with 17 churches raising charitable money and tells a couple of big, fat whoppers in a sworn affidavit.”

Danso is the founder of Miracle Arena for All Nations, which operates 17 churches including chapters in Toronto.

In St. Vincent, his congregation, Miracle Arena for All Nations St. Vincent, meets at the Russell’s Auditorium.

Another church member told on Thursday about the case involving Danso, told iWitness News, “Touch not the lord’s anointed; do his prophet no harm.” – a quotation of Psalm 105:15.

According to his ministry’s website, Prophet Dr. Kofi Danso is “Senior Pastor/General Overseer” of his church and is “known for his unique prophetic gift, healing ministry and apostolic leadership”.

The website says he is “called, by God, to the office as an Apostle and Prophet to deliver a kingdom message and to raise champions and leaders in the 21st century church.

“Prophet Danso, affectionately called ‘Papa’, travels the world impacting and empowering millions of lives through his powerful preaching and teaching ministry. He is an author, gospel artist, life coach, a worshipper and a business man with TV and radio programs across Canada.

“His desire is to see people come into a relationship with Jesus Christ and for the presence of God to consume cities and nations of the world. He is married to Reverend JoAnne Danso and has four daughters, Destiny, twins Arielle and Arianna and Miracle.”

Correction: an earlier version of this story mistakenly said that Danso was born in Nigeria. He was, in fact, born in Ghana.

35 replies on “‘Prophet’ who raised thousand$ in St. Vincent unmasked in Canada”