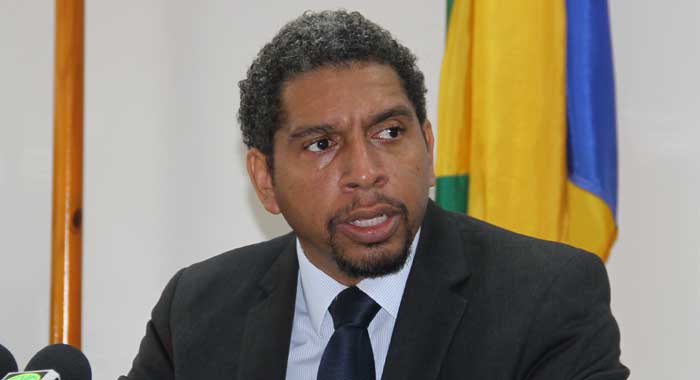 Minister of Finance, Camillo Gonsalves has instructed the Inland Revenue Department to liaise with Airbnb to collect the US$3 per night climate levy on tourism accommodation, which came into effect on Oct. 1

He said hotels had complained that they are paying income tax, fees, and processing the climate tax, while people were building homes, claiming they live in them but were renting them out, via Airbnb, for short term stay.

Airbnb, Inc is a privately held global company headquartered in San Francisco, United States. It operates an online marketplace and hospitality service that is accessible via its websites and mobile apps. Members can use the service to arrange or offer lodging, primarily homestays, or tourism experiences.

Gonsalves said that as of September, there were 86 hotels registered for the levy, representing the majority of hotels in SVG.

However, Airbnb apartments listed for rent ranged from studios to one bedroom to 16-bedroom facilities, representing 634 rooms in SVG.

The minister said this is “a lot of rooms in our context,” adding that the average price was US$145 per night.

“It’s only fair if you are charging this type of money to visitors coming to St. Vincent and the Grenadines that you pay your fair share.”

He said that it has been true in the past that sometimes these numbers are so small that it is difficult for the tax collector to pursue them.

“If you have a one-bedroom, if you are renting two bedrooms and they are only occupied half the time, the effort to collect that money is not insignificant.

“But, I think that the hoteliers have a legitimate point that if there are 634 rooms out there listed for rent in St. Vincent and the Grenadines at an average of almost 150 US [dollars], per night, they should be asked to pay their fair share.”

The minister said he has given the necessary instruction to the Inland Revenue Department, which is in touch with Airbnb.

“And what we are going to do is to get Airbnb to apply the taxes on their end so that we can collect them.

“Six hundred and thirty-four rooms, $150 a night, if you have 25 per cent occupancy, that’s over $8 million in revenue. It’s not an insignificant amount of money and so we are currently negotiating with Airbnb itself about how they can apply the taxes.”

He said there are some complications that have to be sorted out but that is the direction in which his government is going.

The minister said he did not see Airbnb outfits as a threat to traditional visitor accommodation providers and the revenue stream they generate.

“I think this is precisely the type of entrepreneurship that we want to encourage in taking advantage of the opportunities that increased tourism provides.”

He said SVG is receiving a lot of new visitors. Some of them don’t want to stay in a hotel.

“They want to stay in an inn, in somebody’s house, in something that feels cosy. And I applaud the entrepreneurs that have made their homes available and have taken advantage of it.”

He said when airlines inquire about the number of rooms in SVG, officials can cite the number of in addition to those being offered via Airbnb.

“That’s another 600 rooms and you should take that into account when you are thinking of the room stock in St. Vincent and the Grenadines. So we don’t see it as a threat — but the only threat is if there is one class of accommodation provider that’s not paying taxes or not paying the required fees and there is another class that is.

“And that is unfair to the people who are paying. So we are trying to level that playing field, but Airbnb, as technology, as entrepreneurship, I don’t see it as a threat,” Gonsalves said.