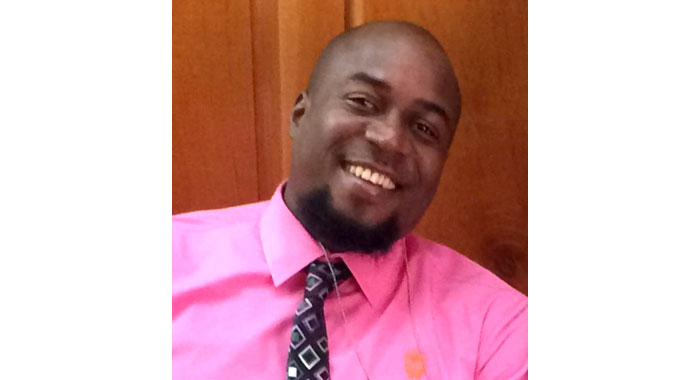 Cheiftain Neptune’s candidacy would become official, if ratified by the central committee of the NDP.

Supporters of the main opposition New Democratic Party (NDP) in North Central Windward, on Saturday, selected a 40-year-old man to run against Prime Minister Ralph Gonsalves, 73, in the next general election, expected by the end of 2020.

The NDP said, on Monday, that the nomination of Chieftain Neptune will now be taken before the party’s central committee for final ratification, at which time Neptune would officially become the candidate.

The party said that the Byera resident was nominated unanimously.

Neptune recently graduated from the University of the West Indies with a Bachelor of Science in criminology and criminal justice with minors in political science and international relations.

The NDP said that Neptune has received the full support of the party’s last candidate in North Central Windward, former educator Kenroy Johnson.

Johnson was the NDP’s candidate/caretaker in for North Central Windward for the last 10 years.

After contesting the 2015 general elections, Johnson, who resigned as head teacher shortly before the polls, was not reinstated.

Former teachers Addison “Bash” Thomas and Elvis Daniel, who also resigned to contest the 2015 poll were also not reinstated.

The men decided to resign after the government said the election leave provision of the collective bargaining agreement that Gonsalves’ Unity Labour Party government signed with the St. Vincent and the Grenadines Teachers’ Unions in 2005, was “aspirational”.

In January 2019, the Court of Appeal ruled that the provision is not unconstitutional, as the prime minister had claimed after signing the pact, as a witness.

The court further ruled that the teachers must be paid their pensions.

The NDP said in a press statement that Johnson chaired Saturday’s meeting at which Neptune emerged as the candidate.

The party quoted Johnson as saying was it was “heart-warming and inspiring to see a young professional coming forward and offering himself for public service under the NDP’s banner, despite the culture of victimisation and fear that pervades the land”.

Johnson offered his full support to Neptune saying, “I am passing the baton to a young, bright and courageous man. He has my blessing and support.”

In his acceptance remarks, Neptune said he was honoured and happy to have been nominated and was overwhelmed at the support from the people of NCW.

He expressed his thanks for the encouragement and support of Johnson, his family, friends and the people of NCW, especially of Byera.

Neptune said: “From the moment I expressed my intention to Johnson, he was fully behind me, encouraging me as a young person. He took me to meetings and introduced me to his committee.”

He further expressed his commitment to work for all the people of NCW, saying that, “our country is too divided.

“It is time for a change, a change where all must have equal opportunity for development and growth.

“I stand behind the ‘One Vincy’ philosophy of [NDP President and Leader of the Opposition] Dr. [Godwin] Friday. I am here for ALL the people”

If his candidacy is ratified, Neptune will face off against Gonsalves, who has been representing North Central Windward for a quarter-century.

General elections are constitutionally due by March 2021, but Gonsalves has said that Vincentians will go to the poll by the end of 2020.