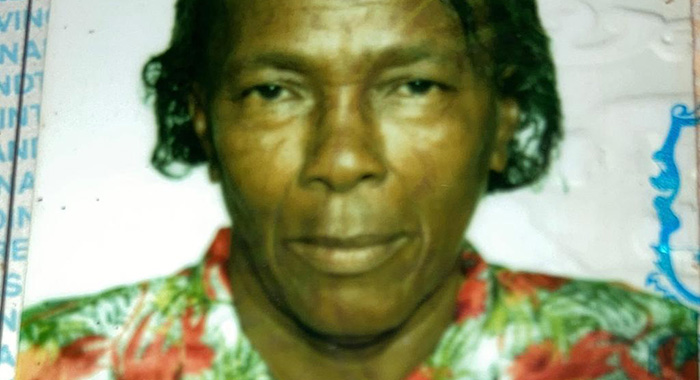 Residents of North Windward, on Saturday, paid their final respects to Sylvena Thomas who, for many years, walked over 10 miles from her home in Point Village to teach students in Fancy.

Thomas, who was simply “Ms. Thomas” for residents of the district, was born on April 26, 1937 to St. Urbin Thomas and Emily Thomas, of Point Village.

She began her teaching career at the Fancy Anglican School in 1951, at age 14 and taught briefly at the Owia Government and Sandy Bay Anglican schools and was a dedicated and revered educator.

In 1985, she reached retirement age but the school asked her to continue teaching, which she did until 1998, when her teaching career ended at the very school where it began.

That same year, the Fancy Government School held an appreciation ceremony for Thomas in recognition of her years of dedicated service to the community in the field of education.

In an interview with iWitness News in October 2017, Thomas said:

“Most of the years, I taught kindergarten. Parents and teachers said I was like a mother figure to their children. Those days, there were hardly any vehicles and I did not take rides from strangers but I really enjoyed the walking. It was good exercise for me.”

This monetary donation forms part of an annual award programme organised by Fancy community members in 2015 to honour the memory of the seven students who died that year in the Rock Gutter Tragedy.

“She would drop us off at the crossroad, in Owia, where my brothers and I attended primary school. We would go up the hill to our school and she would continue the journey for four more miles to Fancy, where she taught. In the evening, my brothers and I would wait for her at the Owia crossroad after school. We then all journeyed back to our home in Point Village. When we arrived home, we did our homework while she prepared our meal and after dinner, we then prepared for the next day to repeat our daily routine. My mom liked to sing, she liked people, and she liked politics. She was a chatterbox.”

“I met Sylvena Thomas as a teacher when I became a primary school student at the Fancy Government School in 1963. She was a hard worker and dedicated to her job. Walking to school was the order of the day and Ms Thomas did that five times a week, 13 weeks a term. Her physical strength was amazing, for even when she gave birth to her children, the next day she was back in school. While she did all of this, she also had to take care of her physically-challenged father. Her life is indeed a testimony to hard work, dedication to service and someone whose attitude and devotion to a common good the community should emulate.”

She was a very dedicated, well-liked teacher who loved children. I believe she taught about four generations of children in Fancy. I was a student while she was a teacher and we later taught for many years together. She never taught any other class except what we called ABC or the reception class.

One morning while fully pregnant, she made it to school and went into labour. She left the school and went on across the road to the midwife, the late Dinah Browne. She gave birth and went back to work the next day. I don’t know how they managed to keep her on, I really don’t know who was behind it all but they kept her on. Back then, if a female [unmarried] teacher got pregnant, it would have ended the career of that teacher.

She was a lovely lady. She was pleasant. Everybody in Fancy — old and young — loved and addressed her as ‘Ms Thomas”. She loved eggs and almost every child brought an egg to school for Ms Thomas — and whether that egg was a “set egg” (addled), Thomas was appreciative.

Miss Sylvena Thomas was a very strong, dedicated, hard worker. She walked from Point to Fancy, whether sun or rain and was always on time. Many days, she would be in school long before many of the teachers who lived in Fancy.

Miss Thomas was a no-nonsense teacher. She gave a lot of individual attention to every child who was entrusted into her care. She was a role model and I am happy to have had the opportunity to work alongside her as a teacher from 1978 up to her retirement around 1998. She moulded many young minds in Fancy as she taught mothers, their children and maybe grandchildren. It was sad to learn of her passing. May her soul rest in peace and rise in glory.

Evelyn Bowens, one of Thomas’ former students and founder of the online community group Fancy_Roots, SVG, Thomas was a stalwart teacher and an outstanding contributor to education in Fancy.

Thomas is survived by her children, Hollace, Kinford, Elvira and Tandy.