No US Policy Change as Taiwan Calls for Diplomatic ‘Truce’ 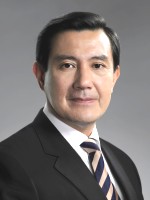 TAIPEI, Taiwan — Washington, under the Obama administration, will maintain its “one China” policy and provide support for Taiwan’s defence.

Secretary of State Hillary Clinton stated the United States’ position on the volatile situation across the Taiwan Strait this week.

She was at the time en route to Japan, the first leg of a four-nation visit to Asia, her first official trip since becoming Washington’s top envoy in January.

The trip will also take her to China, Indonesia and South Korea.

Clinton voiced the Obama administration’s position one month after Taiwan President Ma Ying-jeou called for a diplomatic ‘truce’ between China and Taiwan.

“We should freeze our bilateral relationships as they are today,” Ma said in a speech at the Asia-Pacific International Leadership Conference here in January.

He said when the countries try to win over each other’s diplomatic allies, they are “wasting a lot of precious resources”.

China has claimed Taiwan as a renegade regime with no right to a sovereign government since the Kuomintang moved to Taipei amidst civil war in 1949.

Both countries have in the past accused each other of using “dollar diplomacy”.

But reports this week indicated that Taiwan is beginning to feel the pinch of the global economic crisis.

Taiwan’s economy had slumped by 8.36 percent during the last quarter of 2008, the second straight decline last year.

Analysts suggest that, in the face of the global financial meltdown, Western consumers are not as eager to buy electronics – Taiwan’s main export commodity.

In January, the government offered each citizen shopping vouchers worth New Taiwan (NT) $3,600 (US$108). It was hoped that this would help stimulate the economy.

CNN said that more than 90 percent of those eligible took up the offer, pumping about NT$86 billion (US$2.6 billion) into the economy.

International students of at least one university here were told this week that the government had suspended the funds previously used to give bursaries to non-scholarship students who performed exemplarily.

Washington’s Taiwan Relations Act states that the United States will provide support for Taiwan’s defense and sell the nation military hardware as part of the policy.

Ma said that, since coming to office last May, his administration has tried very hard to “rebuild peace in this part of the world”.

He said that both sides have entered a “new era” where they can talk to each other in peace.

He, however, said there were still “many challenges ahead”, adding that China still deployed more than 1000 missiles against Taiwan.

“We hope that in the future, we could gradually defuse the tension across the Taiwan Strait by first building relationships that will normalize economic ties between the two sides. And we can move from there to other parts of our relationship, for instance, in the international arena,” he said. 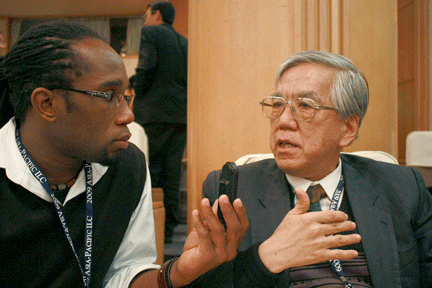 A Taipei Times report this week said Clinton was pleased with the decreased tensions and increasing cooperation between Taiwan and China over the past months.

However, Rev. William Lo, a pro-independence advocate who attended the peace conference in January, told I Witness-News “the international isolation of Taiwan for more than 40 years is unjustified”.

The president of The Taiwan United Nation Alliance, said that Taiwan’s 23 million people had been “isolated, apartheid from the international community, from the United Nations, from the World Health Organisation”.

“We suffer a lot (President Ma) is selling out the sovereignty of Taiwan… We are not troublemakers, but China always threatens us,” he added.

Delivering a presentation on “The Role of Taiwan and China in World Peace” at the conference, Professor David W.F. Huang of Academia Sinica, Taiwan discussed likely scenarios in resolving the conflict.

He mentioned the differences in regimes across the Taiwan Strait and the growth in a Taiwan identity here.

The number of people who identify themselves as purely Taiwanese has increased from 12 percent in 1992 to about 47 percent in 2007, whereas Chinese identity decreased from 15 percent to less than 6 percent, he said.

He said Taiwan will not declare independence twice, since the Republic of China on Taiwan “is already an independent sovereign state”.

“Whether Taiwan can maintain a peaceful and autonomous status quo depends on the strength of its economy and defense, as well as international supports,” he said.

Developing nations in the Caribbean, Central America, Africa and the Pacific have been the focus of China and Taiwan’s diplomatic efforts.

China holds a seat in the UN Security Council and has 170 diplomatic allies. Taiwan has 24 diplomatic allies and China inhibits the nation’s participation in international organizations, including the United Nations.

The animals, gifts from China, are called “Tuan-tuan” and “Yuan-yuan”, names, which when put together, form the Chinese expression for “to reunite”.