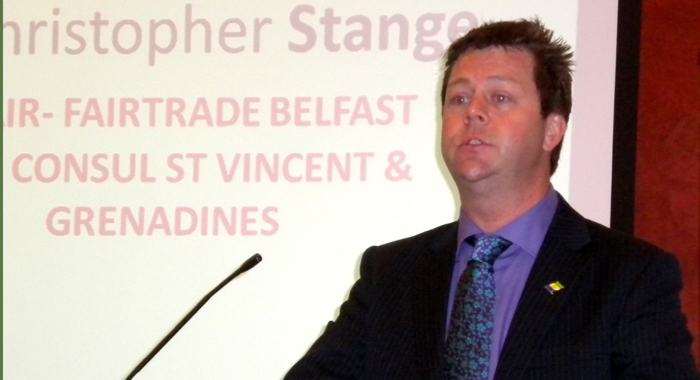 He was nominated for his contribution, leadership and advancing Fairtrade for developing world farmers, as a mechanism for tackling poverty and empowerment, particularly the Caribbean.

“It is an honour to have been nominated for this prestigious award,” Stange said in May.

“Developing world farmers have many obstacles placed in their path. They require access to markets and Fairtrade goes a long way to ensure they receive a minimum set price, tackle poverty and can plan their own future. I look forward to progressing this important agenda for those farmers that produce many of the commodities we readily consume,” he further said.

The APG and judging panel was overwhelmed with entries submitted over the previous two months from the public, private and voluntary sector.

These awards were established to recognise the efforts and to acknowledge the excellent work being conducted within Northern Ireland and abroad.

British Council, VSO Ireland and NI-CO were the main sponsors of the event.

The All Party Group was established in 2001 as a forum for political representatives from all parties at Stormont Parliament to discuss issues relating to International Development.