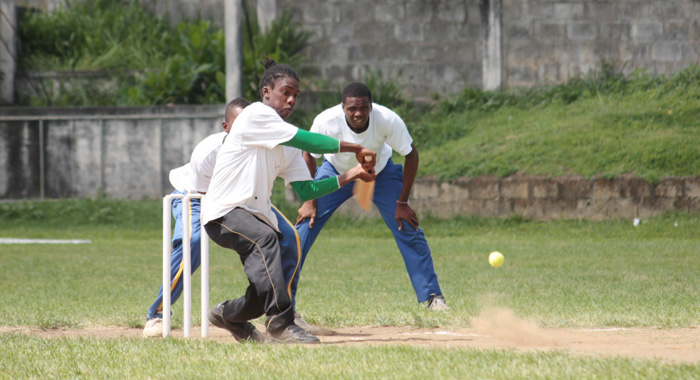 Attackers 1 achieved this after defeating Bank of SVG All Stars by 51 runs.

Batting first, Attackers reached 119 for 8 off their allotment of 20 overs.

Renwick Williams slammed 44. Desmond Bramble bagged 3 for 8 and Earl Pope 3 for 16 got amongst the wickets for Bank of SVG All Stars.

Earl Pope, putting an all round performance, slammed 37. Benson Hacksaw bagged 4 for 23. He was supported by Atneil Ash, 2 for 3, Ronald Medford, 2 for 17, and Cornelius Edwards 2 for 23.

Attackers 1 was also the only unbeaten team throughout the competition.

Renwick Williams was name Most Valuable Player of the finals. He made 44 runs and took two catches.

In the third place play off, General Hardware Supply Richmond Hill United got the better of Attackers 2 by the default route after Attackers 2 fail to show up for their scheduled game.

Batting first, Attackers 1 reached 139 for 4 off their allotment of 20 overs. Desron Maloney top scored with 51. He was supported by Elrico Patterson, 23, and Kentish Phillips, 20.

In reply, General Hardware Supply Richmond Hill United was dismissed for 85 off 17 overs.

Benson Hacksaw grabbed 4 for 18 and Travis Trimmingham, 2 for 6.

In the other Semi-final match, Bank of SVG All Stars got the better of Attackers 2 by 2 runs in a keenly contested match.

Batting first, Bank Of SVG All Stars were dismissed for 86 off their allotment of 20 overs.

The prize giving ceremony followed after, and teams and individual were rewarded with trophies and monetary awards.