Palestine and the Palestinians: myths and realities 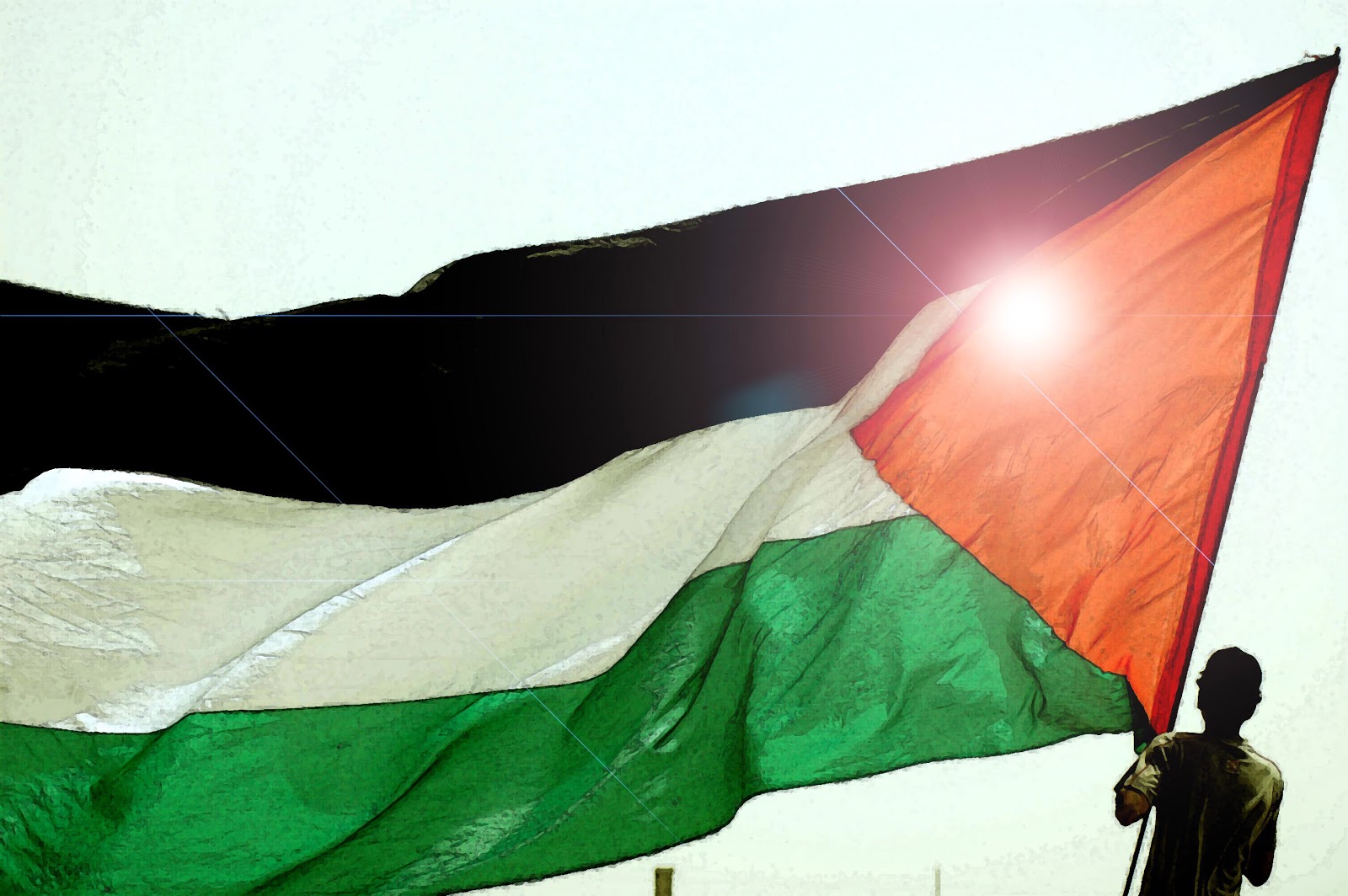 The current unprovoked attack by Hamas-controlled Gaza and media attacks against Israel’s legitimate right to defend itself call for a reminder of the invalidity of the Palestinians’ claim for an independent state of their own.

MYTH: The Palestinians are the descendants of the Biblical Philistines.

REALITY: The Philistines were a non-Arab people from the Aegean region who settled on what is now the south coast of Israel and the Gaza strip from around the 12th century B.C.E. The name “Palestine” comes from the Greek word Palaistina, a derivative of the Hebrew word Pleshet (invaders; penetrators). Defeated and absorbed by the Jews and other ethnic groups, the Philistines disappeared as a distinct people by the beginning of the Common Era. There is no archaeological, historical, or linguistic evidence connecting the ancient Philistines to the modern Palestinians.

MYTH: The Palestinians had a country of their own in the past that was lost or stolen from them.

REALITY: Since the destruction of the second kingdom of Judea (the southern half of the so-called “occupied territories” in the second century, the land the Roman conquerors re-named Syria Palaestina (to obscure Jewish association with the land of Israel) has been governed by one foreign power after another. The name Syria Palaestina disappeared and “Palestine”, the Gentile name for the land of Israel, ceased to exist as a separate entity after it temporarily became part of the Arab-Muslim empire in 638. For nearly 13 centuries from 638 to 1917 (when the British took charge following the collapse of the Ottoman Empire), no separate administrative or socio-cultural entity called “Palestine” existed: the Ottoman Turks who ruled the Middle East from 1516 to 1917 regarded the geographical region of Palestine as part of Southern Syria. For most of human history, Palestine has only existed as a Western Christian term to describe the Jewish Holy Land and its Hebrew and Christian inhabitants. From the beginning of recorded history until nearly the present, neither foreigners nor local residents recognized a unique people other than the Jews called “Palestinians” living in a place called Palestine.

MYTH: The Palestinians are an ancient people, as old as or older than the Jews.

REALITY: Prior to partition in 1947, the occupants of Palestine never regarded themselves as having a separate identity. In 1937, mid-way through the British Mandate, a local Arab leader told the Peel Commission, “There is no such Country [as Palestine]. Palestine is a term the Zionists invented! Our country for centuries was part of Syria. “Throughout human history, whenever the word Palestine was used it referred to a place in the Middle East whose most distinctive feature was its continuous Jewish occupation. According to nearly all traditional definitions, Palestine is the land of the Jews: the country of the Hebrews; the Holy Land; the Promised Land; the location of Zion. During the British Mandate (1922-1948), it was the Jewish people who were called Palestinians. It was the Israeli capture of the West Bank from Jordan in the Six-Day War in 1967, not some ancient sense of nationalism, that gave birth to an organized demand for an autonomous Palestinian state. And it was not until 1988 that the Palestine Liberation Organization (PLO) declared its aim of creating a Palestinian Arab state.

MYTH: The Palestinians are a distinct people.

REALITY: There is no unique and separate Palestinian language, religion, nationality, or culture. The people who have recently began calling themselves Palestinians are the Arab Moslem descendants of numerous localized lineages, clans and tribal groups. A strong sense of pan-Arab identity, not some fictitious ethnic identity, is what has always united the “Palestinians.”

MYTH: Most of the inhabitants of the contested territories — the West Bank and Gaza Strip — have lived there for millennia.

REALITY: When Diasporic Jews began to return to their native Palestine after 1882, fewer than 250,000 Arabs lived there, most of them recent arrivals. Today, the bulk of Palestinians are Moslem Arabs who moved to the sparsely populated areas west of the Jordan River after 1882 in response to Jewish immigration and entrepreneurship. Even Yasser Arafat, the dead leader of the Palestinians, was born in Egypt.

MYTH: All that the Palestinians really want is a state of their own.

REALITY: If the ultimate aim were Palestinian statehood, there would not have been a violent rejection of the 1947 United Nations partition resolution; there was no call for statehood between 1950 and 1967 when Jordan and Egypt, respectively, controlled the West Bank and Gaza Strip; and the Palestinians rejected statehood for open warfare in 1967 and again in 2000. The aim of the Palestinians and their Arab supporters has always been to appropriate the whole of what they call “occupied Palestine” — all of Israel, the West Bank, and the Gaza strip — and drive the Jews into the sea. The founding Charter of the PLO still claims that: “Armed struggle is the only way to liberate Palestine” to ensure “the liquidation of the Zionist presence in Palestine”. If Palestinian leaders were interested in making peace with Israel, they would follow the example of the highly successful and terrorist-free Egyptian-Israeli treaty process. To paraphrase Henry Kissinger, the only significant difference between radical and moderate Palestinians is not between those who want to destroy Israel and those who want to live in peace with the Jews but between those who want to destroy Israel now and those who want to make peace so that it will be easier to destroy Israel later.

MYTH: Palestinian independence will see an end to violence against Israel.

REALITY: The Palestinians and their Arab allies have fought three wars of extermination against the Jewish state in 1948, 1967, 1973, and have conducted hundreds of heinous terrorist attacks against unarmed men, women, and children, both in Israel and abroad. No amount of political concessions by Israel has resulted in a decrease in murderous attacks against non-combatant Jews. By legalizing the claims of a bogus ethnic group, 75 per cent of whom support the murder of Jewish civilians, Palestinian independence would only strengthen the call for Jewish liquidation by legitimizing and protecting it with political sovereignty.

MYTH: Like all other peoples, the Palestinians deserve a state of their own.

REALITY: There are thousands of unique ethnic groups in the world today — peoples with separate languages, cultures, and histories — few of which have their own country. The Palestinians have a far weaker claim to statehood than most of these authentic ethnic groups. The Palestinians already have a state of their own: Jordan, a country where it is illegal for Jews to live. As Moslem Arabs, the Palestinians now control 22 countries with 99 per cent of the land mass and population of the entire region. If the Israelis were Moslem Arabs, not Westernized Jews, there would be no Middle East conflict. If there were no state of Israel, there would be no demand for a Palestinian state.

MYTH: The Palestinian refugees have an inherent right to return to their “homeland.’

REALITY: There would be no refugees today if the Arabs had accepted the 1947 United Nations resolution granting the Palestinians a homeland of their own. Over six decades later, most of the exiles are dead and few of their children and grandchildren have ever lived in Israel. There would be no dispossessed people today if the Arab nations (other than Jordan) had followed universal international precedent by resettling their compatriots displaced by the 1948 war — if they had acted like Israel which welcomed and integrated the 850,000 Jews who fled or were evicted from Arab countries after 1947, rather than imprisoning their own Arab people in squalid refugee camps where they are used a cynical tool to garner international sympathy. Conversely, the Israelis granted automatic citizenship in their new state to the Arabs who chose not to flee. Today, these one million plus Israeli citizens are the freest, best educated, and most prosperous Arabs in the Middle East. When coupled with the contradictory demand for sovereignty, the “right” of return of the four million descendants of the original half million residents of the former British Mandate shows that a combination of Arab nationalism and Islamic fundamentalism require a Judenrein Palestinian state from the Mediterranean Sea to the Jordan River.

MYTH: The Palestinians are willing to accept the existence of the State of Israel.

REALITY: As Moslem Arabs, the Palestinians are willing to accept only other Middle Eastern Moslem Arab states. No Palestinian map or schoolbook recognizes Israel as a distinct geographical region, let alone a sovereign state. Conversely, the Palestinians have made no territorial claim to Jordan, a British colonial invention forming 75 per cent of the League of Nations Palestine Mandate whose population is classified as two-thirds “Arab Palestinian”. The aim of the Palestinians is not the achievement of statehood; it is the liquidation of the Jews.

MYTH: The Middle East conflict is a fight over land.

REALITY: Israel consists of a tiny sliver of arid, resource-poor territory largely ignored by the Arabs until its late 19th century Jewish development. Rather than a fight over land, the present conflict is rooted in anti-Semitism, religious intolerance, envy, and self-imposed victimization. Palestinian schoolchildren are systematically taught to hate Jews; the media are replete with 1930s-style racist Nazi propaganda; passages from the Koran are quoted as proof of Jewish perfidy; the Holocaust is treated as a Zionist hoax aimed at blackmailing the West. Using Israel as a scapegoat for their own failures and insecurities, nearly all the region’s Moslem Arab governments refuse to accept what they call the “cancer” of a Jewish state in their midst.

MYTH: The Jews have a flimsy claim to a homeland in the Middle East.

Historical amnesia, Arab propaganda, left-liberal guilt, and outright anti-Semitism are legitimizing a phony demand for a sovereign Palestinian state. The creation of a Palestinian state would be catastrophic for Israel, retrogressive for the Middle East, and destabilizing for the world.