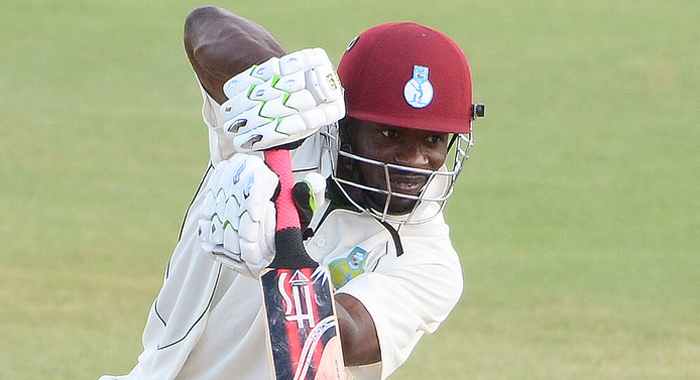 Dominica and Grenada were crowned joint champions of the Senior Windward Islands Cricket Tournament after taking first innings points against their opponents in the final round of matches on Wednesday.

Grenada took first innings over dethroned champions, St. Vincent and the Grenadines at Mindoo Phillip Park, while Dominica took the honours against host St. Lucia at the Beasejour Cricket Ground.

St. Vincent and the Grenadines, who needed at least first innings points against Grenada to get a shot of retaining the title, were once again left complaining about poor officiating as they lost on first innings by a mere 3 runs. The Vincentian camp suggested that last man Kesrick Williams had been given out LBW despite inside edging the ball onto his pad.

The Vincentians, who had resumed on 116/7, suffered early setbacks with the overnight pair of Alston Bobb and Kenneth Denbar going quickly in the morning’s action.

Bobb (22) added 4 to his overnight score and Dember (26) adding a similar amount to his score.

West Indies fast bowler Nelon Pascal (4/43) mopped up St Vincent’s tail early in the morning to make sure of at least a share of the title. West Indies batsman Devon Smith then batted solidly to make 68 and see his team end the match 161/8 and shut out any faint chance SVG had of coming from behind.

At the Beausejour Cricket Ground, Kaveem Hodge’s 162 led Dominica to first innings points over home team St Lucia as they chalked up 330/6 declared, replying to 242. Batting a second time, St Lucia closed on 172/1 behind an undefeated century by West Indies batsman Johnson Charles.

At the closing ceremony, the following awards were presented:

MVP of the Tournament: Devon Smith