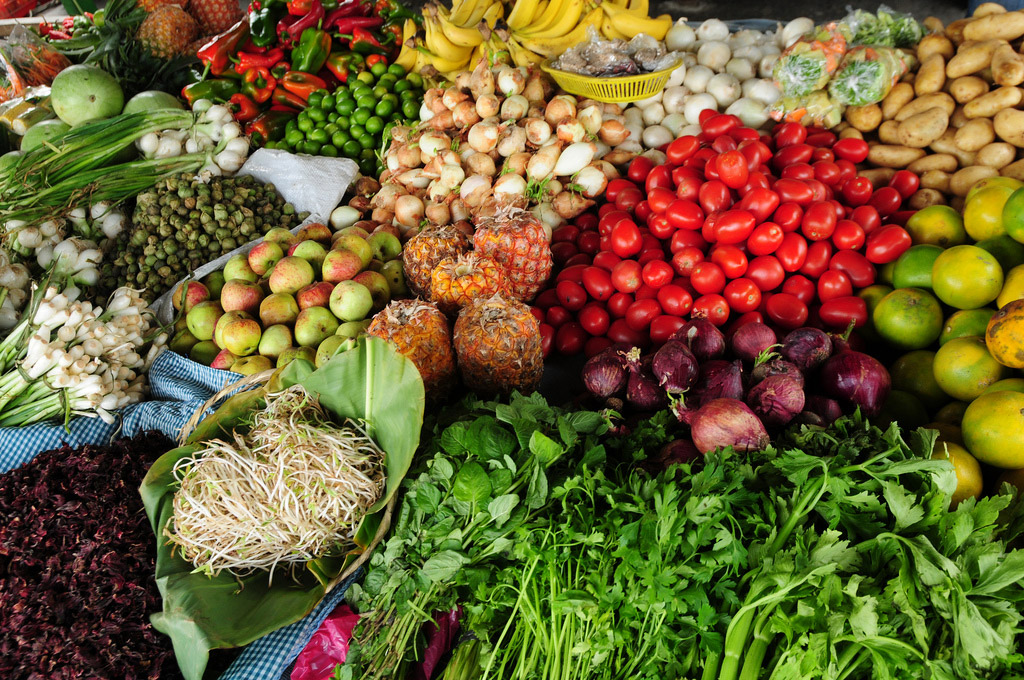 A healthy diet can help to alleviate risk factors for a range of chronic diseases linked to obesity. (Photo: World Bank/Maria Fleischmann)

(UN News)  — Being overweight or obese have become major risk factors for developing cancer, particularly among women and in more developed countries, the specialized cancer agency of the United Nations World Health Organization (WHO) reported Thursday.

Overweight and obesity are responsible for an estimated 481,000 — or 3.6 per cent — of all new cancer cases in 2012, and reducing such health issues at the population level could have significant health benefits, according to a new study by the International Agency for Research on Cancer (IARC).

The study, which was published in The Lancet Oncology on Thursday, also shows that one quarter of all cancers attributable to overweight and obesity worldwide – 118,00 cases – could have been prevented if populations had simply maintained their average body-mass index of 30 years ago.

“The number of cancers linked to obesity and overweight is expected to rise globally along with economic development,” Dr. Christopher Wild, director of IARC, said in a press release On Thursday.

“This study stresses the importance of putting in place efficient weight control measures, to curb the high number of cancers associated with excess body weight and to avoid the problems faced by rich countries being repeated in those now undergoing rapid development,” he added.

North America remains the most affected, with an estimated 111,000 obesity-related cancers in 2012, accounting for 23 per cent of the total global cancer burden linked to high body-mass index, the agency said.

In Europe, the proportion of cancers due to overweight and obesity is also large, particularly in eastern Europe – which reported 65,000 cases, or 6.5 per cent of all new cancer cases in the region, according to the study.

Among women, Barbados (12.7 per cent), the Czech Republic (12.0 per cent) and Puerto Rico (11.6 per cent) are most affected. In the United States — one of the largest contributors of global cancers associated with high body-mass index — 3.5 per cent and 9.5 per cent of the country’s new cancer cases are linked to excess body weight in men and women, respectively.

Although in most Asian countries the proportion of cancers associated with overweight and obesity is not large, it still translates into a considerable absolute number of cases due to the large population size, the study noted.

For example, in China, about 50,000 cancer cases in women and men are associated with overweight and obesity, accounting for 1.6 per cent of the country’s new cancer cases, according to the study.

In contrast, the contribution of overweight and obesity to cancer burden remains low in Africa – which had 7,300 cases, or 1.5 per cent of all new cancer cases in the continent.

“Overall, we see that while the number of cancer cases associated with overweight and obesity remains highest in richer countries, similar effects are already visible in parts of the developing world,” said Dr. Isabelle Soerjomataram, one of the study’s lead authors and the project’s principal investigator.

A high body-mass index is a known risk factor for cancers of the oesophagus, colon, rectum, kidney, pancreas, gall bladder, postmenopausal breast, ovary and endometrium, as well as for other non-communicable diseases, notably cardiovascular disease and diabetes.

A body-mass index is a measure of body fat that is calculated by dividing the weight in kilograms by the square of the height in metres.

The study also highlights that the proportion of cancers related to obesity is higher in women than in men, with population-attributable fractions of 5.3 per cent and 1.9 per cent, respectively.

“For example, for postmenopausal breast cancer, the most common cancer in women worldwide, the study suggests that 10 per cent of these cancers could have been prevented by having a healthy body weight.”