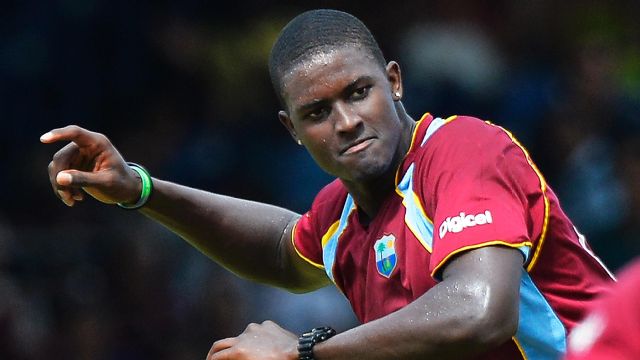 JOHN’S, Antigua — The West Indies Cricket Board on Saturday announced the West Indies squad to contest the Cricket World Cup 2015 in Australia and New Zealand.

Chair of the Selection Panel Clive Lloyd said he has high hopes for the squad, which is a competitive mix of experienced players and some fresh faces.

“I believe we have selected a very good team which will do West Indies proud at the World Cup. We have a good mixture of some good seasoned players and some good youngsters who will fly the West Indies flag in Australia and New Zealand,” Lloyd said.

“If they play to their potential I am quite sure we will do very well. I have really high hopes in this team — I believe they can do something special. We have the talent and if we can play to our potential we have a very good chance of lifting that trophy,” Lloyd said.

Lloyd, a double world cup winning captain (1975 and 1979), said that the prestige of the Cricket World Cup offers a significant opportunity for the team to bring pride to the Caribbean region similar to the success of the West Indies team in the ICC World Twenty20 in 2012.

“This is a very prestigious world event, one of the biggest sporting events on the international calendar and it is a huge opportunity to create something historic and memorable for West Indies cricket and the people of the region,” Lloyd said.

Highly rated off-spinner Sunil Narine returns to the Jason Holder captained squad and will share spin duties with left-armer Sulieman Benn. Also returning to the squad is top order batsman Darren Bravo who had taken time away from the game to address some personal matters. Fast bowler Kemar Roach returns after suffering an injury in the recently completed Test series against South Africa.

The most experienced ODI player in the squad is opener Chris Gayle with 258 appearances. Samuels (162), Denesh Ramdin (115) and Darren Sammy (115) all have over a hundred ODI games under their belts. Dwayne Smith (94) could achieve his 100th appearance during the Cricket World Cup.

The squad has a total of 1156 ODI appearances with only Sheldon Cottrell and Jonathan Carter yet to debut internationally. Carter and Cottrell are both in the West Indies ODI squad to face South Africa in a five-match series to commence shortly.

The Cricket World Cup commences on Feb. 14 with West Indies playing their opening match on Feb. 16 against Ireland.