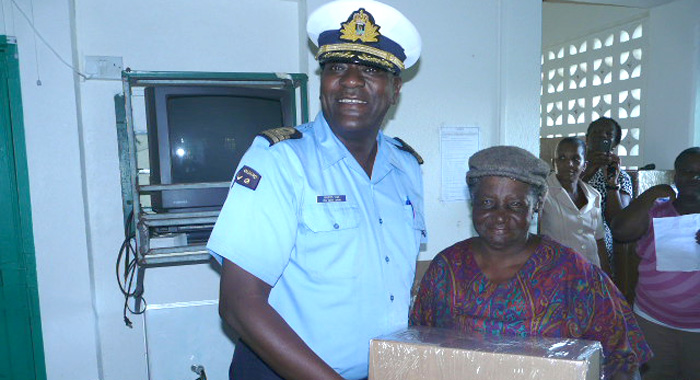 Residents of Calliaqua and surrounding areas were presented with a set of food baskets from the St. Vincent and the Grenadines Coastguard recently as a mark of appreciation for their continued support.

The Coastguard, which is based at Calliaqua, has been donating food baskets to the community since 1991, an idea initiated by retired Station Sergeant of Police Charles Adams. To date, over 1,600 packages have been donated by the Coast Guard to communities throughout St. Vincent and the Grenadines.

“In every village there is a Coastguard officer. We need your support,” said Lieutenant Commander Deon Henry during the distribution.

Leading Seaman Lisa Browne, the coordinator of the food basket distribution, expressed thanks to John West, who has been contributing to the effort for the past 20 years.

Coastguard Commander Brenton Cain as well as other staff members of the maritime unit also joined in distributing the food baskets.