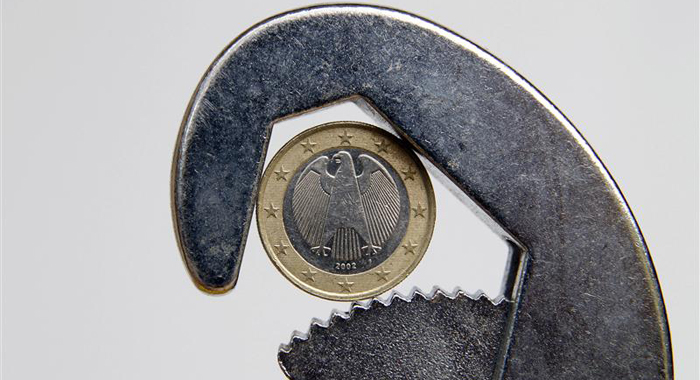 Taxes in St Vincent and the Grenadines (SVG) are at the highest levels!

A few days ago the Prime Minister (PM) presented the government’s new economic programme for the fiscal year during the sitting of the country’s parliament. Lawmakers from the opposition side lamented on the reality of the programme, describing it as unreal.

It is believed that this austerity programme outlined, coupled with the existing, is designed to meet the increasing national debt and to meet the airport construction obligations and other fiscal commitments, including the repayment of the borrowed NIS contribution funds.

Considering the current status quo, implementing extreme austerity policies is the best option for the government to undertake in the absence of industries. The other option will be to borrow, which would further expand the country’s debt and allow the International Monetary Fund (IMF) and other international and regional creditors to dictate similar austerity measures.

In my opinion, the government should initiate programmes, decentralization, deregulation, de-bureaucratization and accountability as guiding principles of state policy aimed at enhancing export volumes in the coming years, large-scale small privately-owned businesses, restructuring of the service and agriculture industries, reform law enforcement and capitalized on state-wide resources.

To strengthen these phenomena, in the latter parts of 2014, Ukraine’s Prime Minister Arseniy Yatsenyuk presented the government’s economic plan for 2015–2020 before lawmakers.

According to the World Socialist Web Site, published by the International Committee of the Fourth International (ICFI) states, during Yatsenyuk’s deliberation, some parliamentary members of the opposition and a member of the ruling party expressed their dissatisfaction with the programme, describing it as “genocidal”.

Interestingly, in all these unpopular economic set-backs, Ukraine’s PM does the unthinkable – a number of taxes, coupled with numerous agencies that regulate business activities were abolished and income taxes and taxes on small and medium size businesses were reduced.

As for me, my dream of starting a small business in SVG is shattered by the existing and increasing taxes on imported goods.

Some taxes on imported commodities are over 100 per cent and taking into considering that business entrepreneurs in SVG have to deal with the woes of exchange rates as our goods are mainly imported from Britain and North America. It means that SVG’s business owners have to first pay the exchange rate then commit to other government tax regulations hence, importers of goods pay twice for the products. This, I described as an unethical government tax policy.

Not only is this damaging to the introduction and development of small businesses, but a detriment to economic growth, disallowing small businesses to thrive. Here, it is observed that only the big and established companies will be able to conduct business, set their own retail prices without the intervention of price regulating agencies; hence, consumers are expected to pay more at local distribution outlets.

Referring to Mark Gilbert’s report, “Germany gets walloped in its own austerity,“ explained that the Euro region is suffering from austerity fatigue with Germany being the principal architect of fiscal rectitude and the chief dissident to any relaxation of deficit rules. Furthermore, Mark Gilbert suggested, what had occurred in the heartland of German industry, however, it is an indication that countries beyond Germany’s neighbours are threatened by its economic intransigence.

He also reminded the world that the backbone of German economy is formed by approximately 3.7 million small and medium-sized businesses with annual sales around 50 million euros. Mark Gilbert also reported that the business environment within the Euro zone is deteriorating, as a result of these austerity measures — business entrepreneurs are reluctant to invest despite cheaper interest rates offered by the Central bank — they are just not interested in borrowing to expand.

Relative to German companies that invest in 2014, only 19.7 per cent actually expanded as motivation, down from 17.5 per cent in 2013. Meanwhile investment remains stagnant, halt at 340 billion euros or 11.7 per cent of gross domestic product (GDP).

Coupled with this, Mark Gilbert explained further that the economic policies pursued in Germany have generated not many initiatives designed to hoist growth and employment. Additionally, the low interest rates offered by the Central Bank were not enough to stimulate an upturn in investment. Instead, it was important for the government to sustain a stable political environment, reduce taxes and an economic policy aimed toward growth and employment, in addition to positive sales and earnings expectations, are integral preconditions.

To reduce the impacts of austerity policies, the government must invest in industries utilizing the country’s natural resources instead of leaving them idle. The government is obliged to create an environment for small businesses to thrive and developed — removing trade barriers and cut costs on imported items.

In fact, most businesses in the UK today are small; two thirds of which are owned and operated by a single person. According to this UK business case study small businesses are important sources of employment and about 2.5 million UK workers are self-employed.