North Stars gets replacement for pan destroyed by flood 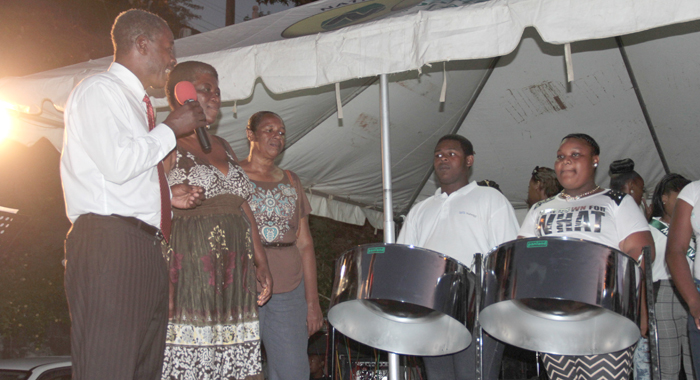 Nichola Evans of National Commission on Crime Prevention presented the pans to the pan side at a concert in Rose Bank last weekend.

The concert was organised by the Pan Against Crime Committee under the theme “Play a pan, arrange a song, build a mind, down with violence and crime”.

Speaking at the event, Commissioner of Police, Michael Charles, said the Pan Against Crime initiative has been successful in deterring young persons from crime.

Ne noted that there are also more than 20 police youth club across the country, and these help to steer the nation’s youth away from deviance.

“This is also another initiative, keeping our nation’s youth out of crime. It is said that the devil finds work for idle hands, but the Pan Against Crime Committee, the Royal St. Vincent and the Grenadines Police Force, the National Commission on Crime Prevention, we decided that if the youths are to be idle, we give them work to do and have them play pan, and soon, you will be seeing throughout the districts tennis,” Charles said.