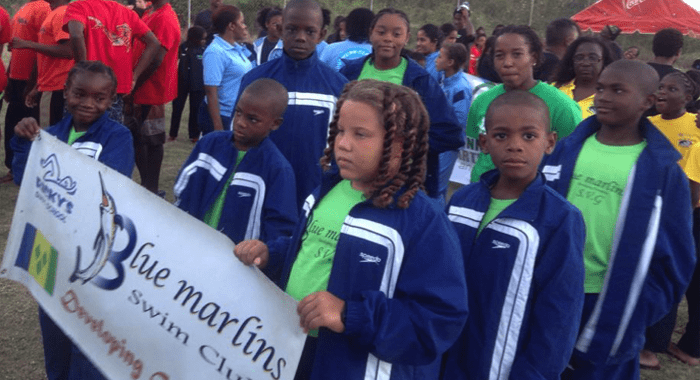 In the Girls 8 and under category, Kennice Greene won silver medals in the 25 meter breaststroke and the 25 meter butterfly. She also won a bronze in the 200 meter freestyle.

All of the Blue Marlins members recorded personal best times. Kenalé Alleyne and Bryson George both had 10 top-ten finishes, while Kennice Greene, Jayson Sandy and Brandon George ended the weekend with nine top 10 finishes each. The swimmers were accompanied by their coach, Niesha Alexander.

The Black Sands Swim Club of SVG also traveled to St. Lucia to take part in the weekend’s events and recorded great success.