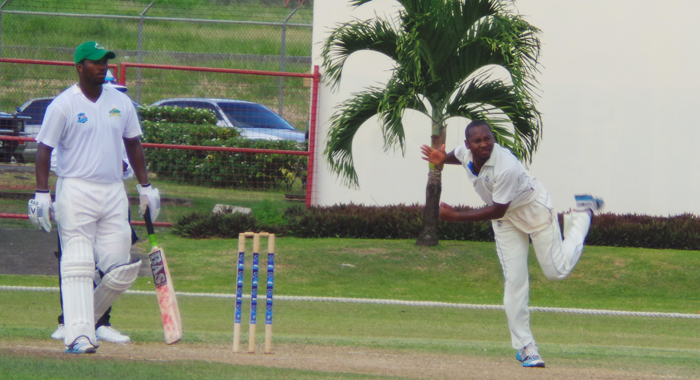 Windward Islands opener Tyrone Theophile has been named in a West Indies Cricket Board 13-man squad to oppose the touring Australians later this month at the Vivian Richards Cricket Ground in Antigua.

Dominican Theophile is one of two openers named in the squad, which will be captained by Guyana’s Leon Johnson.

Guyana’s Rajindra Chandrika is the other opener named in the squad.

The 25-year-old is in his fifth season as a first class cricket, having made his debut in 2010.

It was thought in Windwards and other circles that he was unlucky not to have gained a call up in the test series against England ahead of Barbados’ Shai Hope.

Hope, though, was not far behind in his performance, scoring 628 runs with two centuries, including a double century (211) against the Windwards. He also added three half centuries as well.

Wicketkeeper, Shane Dowrich was the fifth best batsman overall with 615 runs at 51.25 with two centuries and three half centuries.

The all-rounders are vice-captain Carlos Brathwaite and legspinner Imran Khan.

Khan could comfortably claim the top all-rounder position for the season with 302 runs and 56 wickets, while Brathwaite scored 220 runs and took 19 wickets.

The bowling department will see Jamaica’s new boy Marquino Mindley who took 19 wickets @25.10 battling with Barbados’ Miguel Cummins 18 at 26.00 and Jamaica’s Jason Dawes 18 @23.66 for the new ball. Left-arm spinner Jomel Warrican, who has St. Vincent connections, will be hoping for a chance to display the skill, which brought him 49 wicket @14.97 each during the regional season.