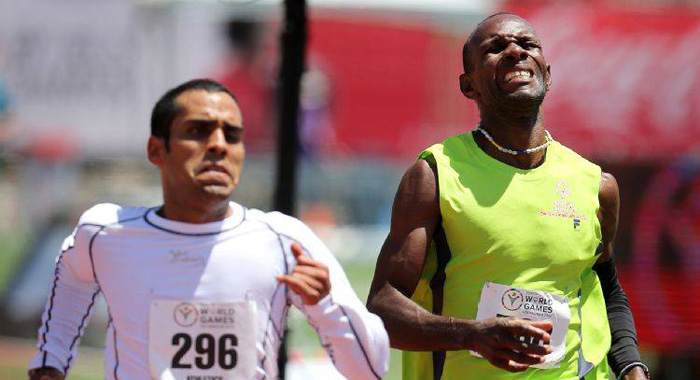 St. Vincent and the Grenadines have won two medals at the Special Olympics World Games, being held from July 25 to Aug. 2 in Los Angeles.

“I am so proud of them they have made a valiant effort against all odds and won. There are still days of competition left and I want the whole nation to cheer on our team by liking our Facebook page. The athletes are monitoring FB and it means a lot to them to know they have your support,” Head of Delegation and SOSVG National Director, Janice McMaster said.

SVG is participating in the games after an absence of over 10 years.

The Games are staged every four years in a different country.

McMaster said it was tremendous hill to climb for SVG to raise funds to send a team to the Games.

After an heroic fundraising drive, 26 athletes and 5 coaches left for the Games last week Tuesday.

The Vincentian athletes joined 164 nations in the opening parade where teams marched around the stadium for two hours.

The gathering was the largest for a single event in Los Angeles, surpassing the 1984 Olympic Games.

“We have done exceptionally well in fielding such a large team for these Games. Most of our athletes have never been to the Games or performed at international level where the competition is fierce. I am very proud of the way they have conducted themselves; they have taken to the world stage like seasoned professionals,” McMaster said.

The team are competing in a variety of sporting disciplines including aquatics, athletics, bocce, football and tennis.

Despite the hot competition and the size of some teams SVG is upbeat about its medal prospects, McMaster said.

“I understand people’s doubts when a nation like India brings a team of 241 athletes to the Games compared to our 26. They are nation with one million athletes with intellectual disabilities and 84,950 coaches and trainers. That is what we are up against, but our team has a fighting spirit and they will win and be brave in the attempt.”