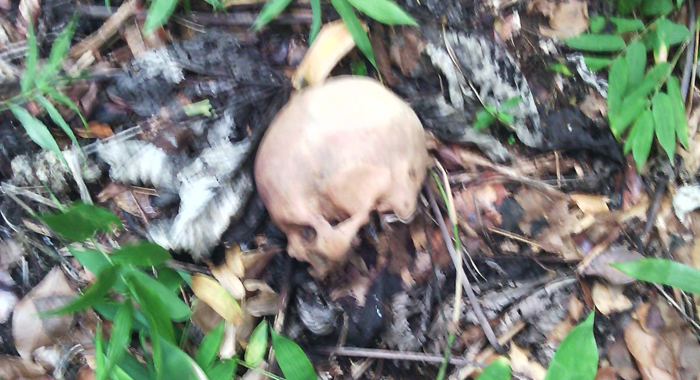 The skull that was found in King’s Hill Forest Reserve on Saturday.

Police are investigating the discovery of human remains have been found in the King’s Hill Forest Reserve.

Police officers of the South Central Division of the Royal St. Vincent and the Grenadines Police Force led a search party to the Reserve on Saturday after hunters reported the findings.

The first set of remains were discovered around 11 a.m., police said in a release on Monday.

Homicide investigators are looking into the circumstances of the death.

The remains are yet to be identified.

In July, the body of 18-year-old Katisha Bess of Great House (Lowman’s Leeward) was found in the King’s Hill Forest Reserve.

Medford Caine, a 49-year-old resident of Lowmans Leeward, has been charged with Bess’ murder.