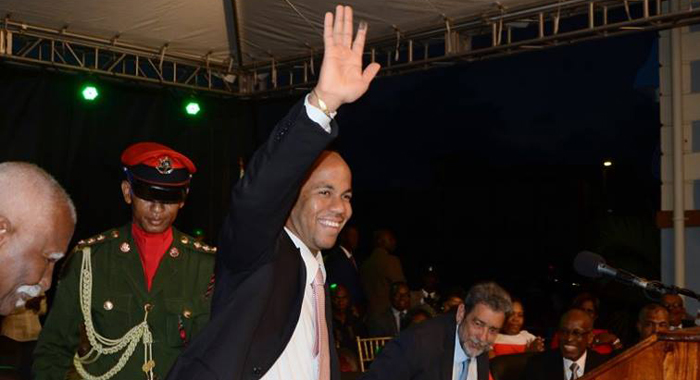 The government will put systems in place to ensure that 30-year-old Sen. Luke Browne succeeds in the “onerous” Ministry of Health, Prime Minister Ralph Gonsalves says.

Gonsalves said at the swearing-in of the new Cabinet on Monday that it should be noted that “heavy responsibilities have been assigned to several young or newer members of the Cabinet”.

Among these, he listed the “onerous” portfolios of Health, Wellness and the Environment given to Sen. Luke Browne, who was Parliamentary Secretary in the Ministry of Tourism, Sports and Culture in the last government.

Gonsalves said that the Environment, in this regard, relates to environmental health but does not include climate change and oceans, which are in the Ministry of Sustainable Development, led by Camillo Gonsalves.

“The intellectually sharp and energetic Luke Browne has been given the ministerial responsibly in this vital area of the people’s development. This is a bold appointment of a talented young man. I am satisfied that Luke possesses the qualities, including a mature disposition despite his youthful years, to lead a ministry staffed by outstanding professionals.”

Gonsalves said that Browne, at the age of 30, has been given a golden opportunity to provide ministerial leadership in a challenging ministry.

“The requisite political, administrative and managerial support will be provided to him to succeed.”

Gonsalves said that, in this regard, the government will appoint an inter-ministerial committee on Health Wellness and the Environment to be co-chaired by him and Browne to co-ordinate the ongoing and fresh initiatives in the ministry.