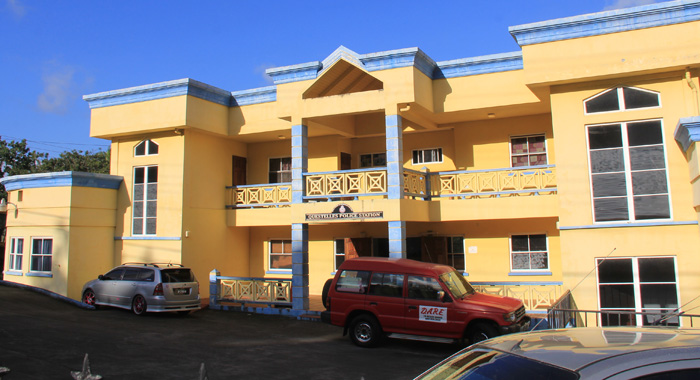 The Questelles Police Station has become a breeding ground for mosquitos at a time when the Ministry of Health is informing residents of St. Vincent and the Grenadines that is on the alert for the mosquito-borne Zika Virus, which has been confirmed in the Caribbean.

A police officer at the station told iWitness News Monday night that the last of a large number of old tyres that had been stored outside of the station for weeks should be disposed by Tuesday.

The tyres had been stored outside the station for weeks and the water that has collected inside them is breeding mosquitoes.

The blood-sucking insects are making life difficult for police officers and other users of the station, iWitness News was told.

“You can’t even make a report at the station in peace,” one person who recently visited the station told iWitness News on the weekend.

The tyres were deposited at the police station in December after they were removed from the streets, where persons had used them as blockades.

iWitness News also understands that the police station, the first after Kingstown along the South Leeward Highway, has been without an assigned vehicle for almost half a year.

The Zika is a viral disease is transmitted by the aedes aegypti mosquito, the same vector responsible for Dengue fever and Chikungunya.

The symptoms of Zika are also very similar to Dengue fever and Chikungunya and include fever, muscle and joint pain, headache, conjunctivitis, swelling of the lower limbs, nausea, weakness and rash.

The Pan American Health Organisation (PAHO) said on Friday that it is working with Caribbean governments to “to prevent, detect and respond” to the Zika virus.

PAHO said that starting in March 2014 and through the first week of 2016, 14 countries and territories of the Americas, including the Caribbean, have reported cases of Zika infection.

The Ministry of Health says effective prevention and control are fundamental in order to prevent transmission of the virus.

“The MOHWE has heightened the surveillance system to detect and respond to any Zika cases. The Ministry will continue to intensify public health interventions, including fogging activities, inspection of properties, destruction of mosquito breeding sites and health promotion activities,” the Ministry said in a statement.

“The Ministry, therefore, appeals to the public to take all preventative measures, to inspect their homes drains and yards and eliminate potential mosquito breeding sites indoors and outdoors, keep water drums and barrels tightly covered, and throw out stagnant water from flower vases, old tyres, and other containers that might act as breeding sites.

“In addition, persons are encouraged to protect themselves from mosquito bites by wearing long-sleeved clothing or long pants, using insect repellents, and bed nets while sleeping. Persons displaying signs and symptoms of Zika virus, especially pregnant women, should visit their health centres and seek medical attention,” the statement said.