VINLEC says it needs to do better with fixing streetlights 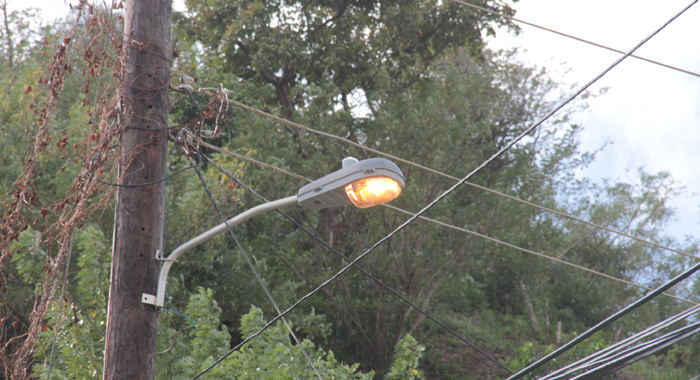 Electricity provider VINLEC says that it needs to do a better job of responding to reports of broken streetlights.

The admission by the company’s CEO, Thornley Myers on Tuesday came one day after an iWitness News report in which residents of Sion Hill say that criminals had robbed at least five persons in an area of the East Kingstown community where a streetlight was broken since last October.

VINLEC had failed to repair the light despite reports by residents and the police, but finally repaired it on Monday.

“The fact is, we do have a problem in this area that we need to address and be better at it. There is no question about it,” Myers told reporters at a press conference.

“We rely on our customers to inform us when streetlights are not working, but we also need to be more responsive,” he said.

He noted that one of the persons quoted by iWitness News said that they were told that the light could not have been repaired because the bucket truck was not working.

“We were fixing streetlights long before we had bucket trucks. Bucket trucks came to VINLEC in the late 80s,” Myers said.

“You may have instances when a bucket truck may not be working and it may hinder, but we have alternatives. It’s not one bucket truck in VINLEC. That’s one aspect. We can use other bucket trucks. We fixed lights before bucket trucks came along, and, thirdly, there are contractors out there who we use and are currently using to fix streetlights.

“Simply, we just have to be better at it,” the chief executive said.

He said VINLEC wants customers to continue to tell them when streetlights are not working, because the company has no technology to alert it of these faults.

Customers should also report when lights remain on 24 hours a day.

He said callers should tell the company the number on the pole on which the faulty light is installed.