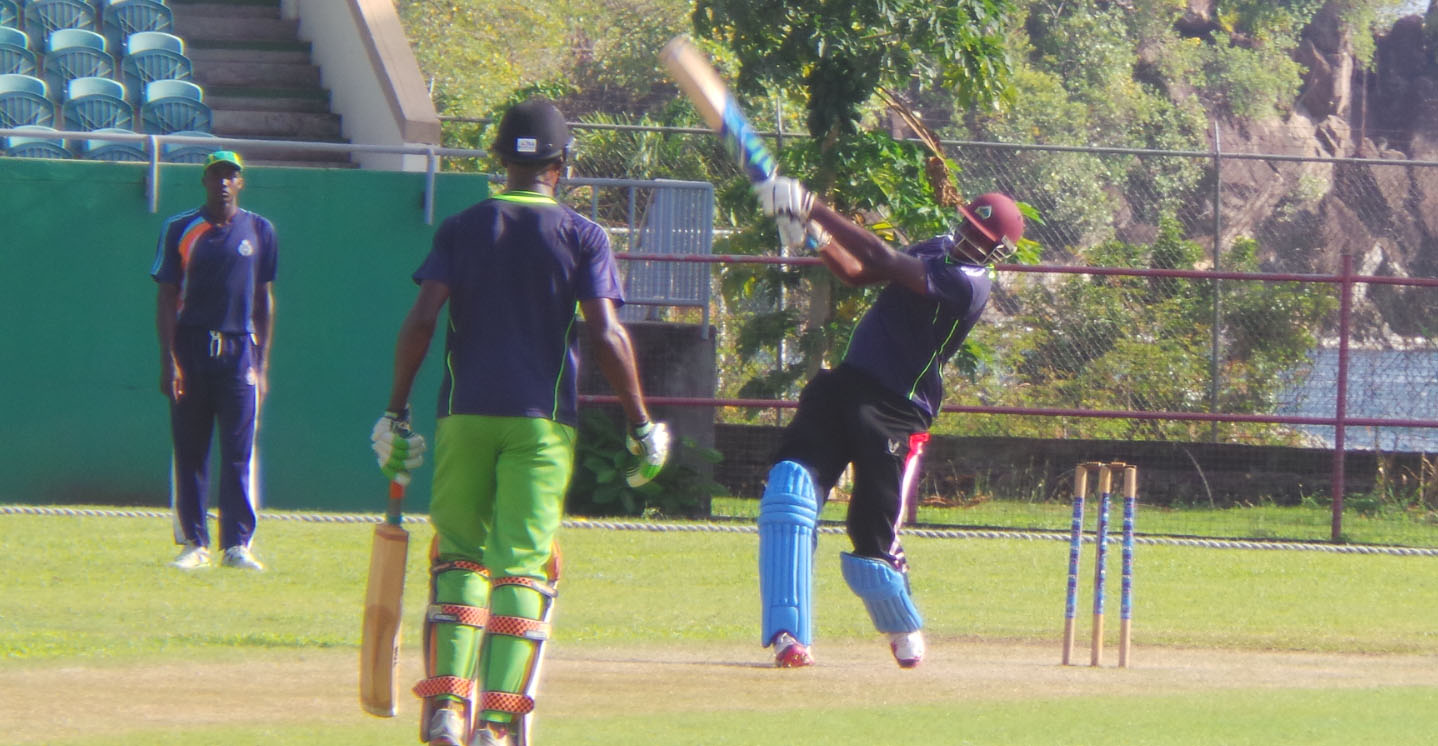 Defending champions, Team Rivals, and former Lime Radcliffe and Police 1 all had easy wins when the National Lotteries Authority SVGCA T20 tournament continued on the Sunday.

Team Rivals made light work of what may have been considered a decent total set by Bequia as they scored at more than 12 an over to hunt down the target to record an 8-wicket victory at Arnos Vale 2.

Led by Dean Browne’s unbeaten half century, Bequia reached 156/2 in the 19 overs allotted after a slightly late start after winning the toss and choosing to bat in conditions made in “batsman heaven”.

Browne, who opened the innings with his brother, Shem Browne (12), had seen a partnership of 60 for the first wicket on a pitch that offered true bounce and pace. They, however, took almost 10 overs to do so — Shem departing off the fourth ball of the 10th over.

Cosmos Hackshaw (12) and Olonzo Billingy (7) went cheaply but Dean found an able partner in Razine Browne and the pair added 58 unbroken for the third wicket — taking the total from 98/3 to 156 without further loss.

Razine struck 32 off 14 balls with 2 fours and 3 sixes, while Dean was unbeaten on 65 made from 51 balls with five fours and four sixes. Deighton Butler came in for some stick — finishing with 2/44 from his 4 overs.

Team Rivals then attacked the target with predatory ruthlessness with openers Asif Hooper (41) and Marvin Small (*66) raising 108 in 8 overs for the first wicket. Hooper, who was first to go, faced 24 balls and struck 3 fours and 3 sixes as the Bequia bowlers were punished mercilessly after feeding a constant diet of length balls.

The pacey Razine Browne conceded two runs off his opening over only to go for 23 in his next as waywardness and ill-discipline enveloped the Bequia attack.

Small, who was dropped in his twenties off a sitter when trying to hook Razine, put a harpoon in the heart of the Bequians with some audacious shots on both sides of the wickets, especially through the legside. He was also the beneficiary of a controversial umpiring decision. He was given out caught behind by umpire Robert Ettienne when on 31. But umpire Rodger Davis, who was standing at square-leg, over turned the decision even though he was not consulted by Ettienne, stating that the ball had come off the batsman’s pad.

With those two slices of luck, Small navigated his team without much turbulence in the company of Casmond Walters (26*). Hyron Shallow (7) was the other batsman dismissed.

In another match played in Sunday, Lime Radcliffe blew away Police 2 with little or no fuss for a 75-run victory, as law enforcement looked a regiment of confusion.

Batting first, Lime Radcliffe took full advantage of what appeared to be perennial personality rifts in the police unit to reach 200/8 in their 20 overs.

They then restricted the constabulary representatives to 125/8 in 20 overs.

The win did not look that easy after Lime Radcliffe had looked a little ‘ify” in the early overs with the impressive Darius Martin (2/28) extracting some lively pace off the pitch. But it all fell away as Rodney Lawrence (52) and Delorn Johnson (41) took the match away. They added 60 in just 4 overs as the experienced Kenroy Martin and his teammates, not for the first time, appear at loggerheads.

Lawrence struck 3 sixes and 2 fours while Johnson had 1 four and 4 massive sixes.

Davlon Andrews took 3/25 and Kenroy Martin had 1/44 from his three overs.

Police got off to the worst possible start with openers Dandson Andrews (0) and McLeon Williams (one) falling with the total still in single figures.

It was left to Salvan Browne with a breezy 38 with 2 fours and 2 sixes and Gosnel Cupid (36) to arrest the march to ignominy.

In a match at the Sion Hill Playing Field, Victors One defeated Radcliffe 2 by 97 runs in a 17-over affair.

Radcliffe 2 won the toss and elected to field but were quickly put on the back foot as Victors 1 went about their business as if on a mission to crush all comers.

Victors 1 reached 157/7 with Lauron Francois 58 and Keron Cottoy 30 being the principal scorers.

Alston Caine took 4 for 34 in 4 overs to lead Radcliffe 2 bowling.

Set a target of just over nine runs an over, Radcliffe 2 found the pace too hot to handle and fell for 60 in 14.3 overs with Colvin King topscoring with 22.  Kimson Dalzell 4 for 6 off 3.3 overs, Ray Jordan 3 for 8 off 3 overs and Norlan Williams 1 for 11 off 3 overs were the destroyers.

Team Rivals opener Marvin Small hits another boundary during his 66*