Rodents, termites and other problems at New Adelphi Secondary School 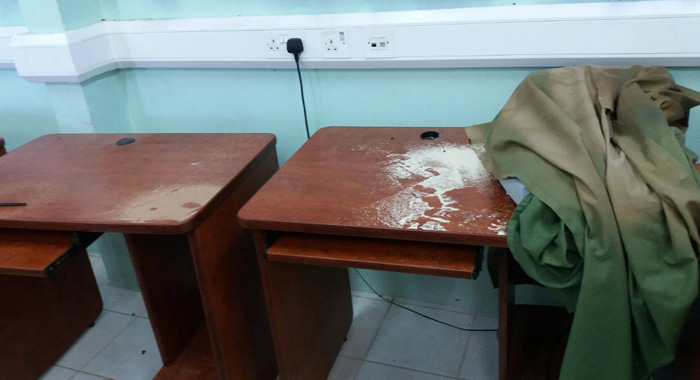 The St Vincent and the Grenadines Teachers’ Union (SVGTU) said Tuesday that it is alarmed and extremely concerned about the deteriorating conditions at the New Adelphi Secondary School.

The union, therefore, called on the Ministry of Education to “take immediate action and implement the steps necessary to correct the situation”.

It further said that it has advised its members not to enter the building until concerns about its safety are addressed.

In a press statement, union spokespersons Wendy Bynoe said that the union contends that the school is “currently unfit for use as it poses a significant threat to the health and safety of staff and students and other users of the building”.

Bynoe said the union has brought the matter to the attention of the relevant authorities and to date “very little or nothing has been done to effectively address the matter.

“In the meantime, the situation worsens as termites, rodents, mosquitoes, as well as the decaying structure, and the general state of disrepair continue to create grave fear and anxiety among staff, students and parents who are understandably concerned about their health and safety.”

“The Union has issued an advisory to its members urging them not to enter the building until the authorities take immediate action and the steps necessary to address these concerns.