Cocaine in paint PI to continue next month 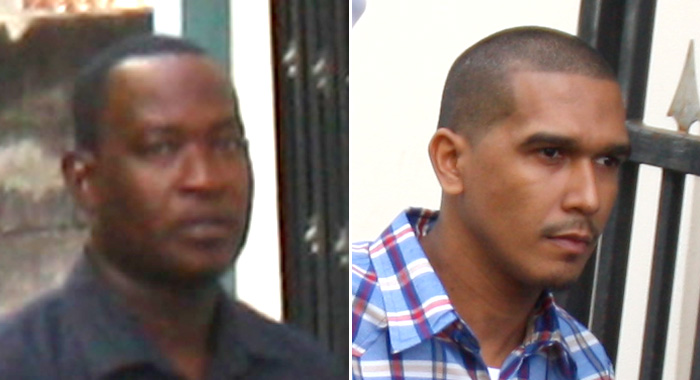 The prosecution is expected to call three more witnesses when the preliminary inquiries into the November 2015 discovery of eight pounds of cocaine in a consignment of paint resume Nov.8.

The inquiries into the drug find were adjourned last Friday afternoon after hearing from three witnesses, including customs officer Eddie DeFreitas and former Drug Squad officer Fitzbourne Chambers, who defence lawyers grilled on both sides of the lunch break.

Prior to last Friday’s hearing, the prosecution had called four witnesses to testify in early September.

Trinidadian Junior Gomez and Vincentian Gabriel Hutchins have been charged in connection with the cocaine found in paint buckets that were among a consignment of 12 buckets of paint at the Customs warehouse in Bequia on Nov. 6, 2015.

The buckets were shipped from Trinidad aboard a local vessel to one “Gabriel Goofie” in Bequia.

Hutchins, a chef from the Grenadine island of Bequia, and Gomez were charged jointly with possessing eight pounds of the controlled substance with intent to supply. They were not required to plea to the indictable charge.