‘Sing It like the Starz’ winner releases Christmas single 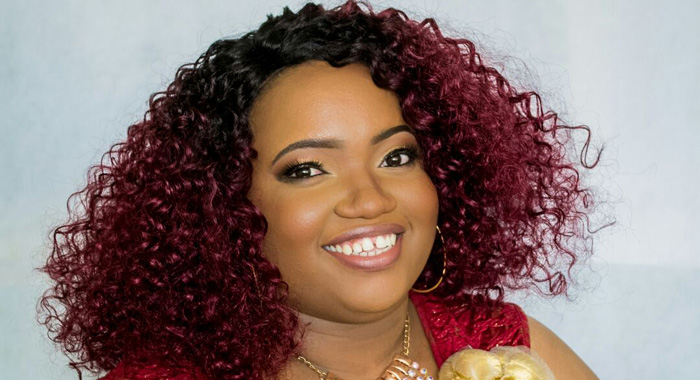 Sing It like the Starz winner, Caywama Edwards, has released a gospel Christmas single, Christ Child.

A Chateaubelair resident who says she hopes to transform the gospel music landscape in St. Vincent and the Grenadines, has released her first Christmas single, “Christ Child”.

Caywama Edwards, affectionately known as “Wama”, also hopes to have her name written in the history books of gospel greats across the region, said a media released issued on her behalf this week.

She said she won her first singing competition at the age of 5 and was called to minister at age of 13.

“I have written numerous songs, performed on several shows held locally and have shared stage with Fred Hammond, Aleithia Sweeting, Lt Stitchie, Bridget Blucher, Kiokya Cruickshank, Voices of Victory and Eden, etc. However, this venture is the greatest journey in my musical career,” she said.

“Over the past few weeks, my team and I have worked tirelessly, spending hours with the musical producer, ensuring that this song was ready for listenership. God has really been working in my life: He has been my all. He has kept, inspired and given me the strength to complete this song. Serving God has truly been a blessing.”

“Christ Child,” she said, “is a song that was conceptualised from Isaiah 9:6.

“This is a song anyone would relish waking up to on Christmas morning. It’s a song that you will enjoy listening to from start to finish. Moreover, the musical arrangement for this song is spot on: it has an exceptional Rhythm and Blues flavour, harmonious blending of vocals and the anointing of the Holy Spirit. “It’s a perfect synergy,” said Edwards, a devoted Christian and worship leader.

She credits her producer, Leighton K.C. Adams of Black Crest Studios located in Chateaubelair, for his musical genius in making this song such a masterpiece.

“Later next month, we would be releasing another song entitled, “Wat Yo Bringing”.” “This song,” she said, “would be enjoyed by a wide cross section of listeners across St. Vincent and the Grenadines.

She said plans are already in place to release an album in the near future. “Personally, I believe my musical career is hinged primarily on my spiritual growth and development. I will continue ministering through song as He fashions my life and orders my steps. As I always say, ‘Spirit, lead me where my trust is without borders.’”

A few months ago, Edwards outshined six other young artistes to win a recording contract at the “Sing It like the Starz” competition.

She is slated to perform later this year with international gospel artiste, Positive, out of Trinidad and Tobago.