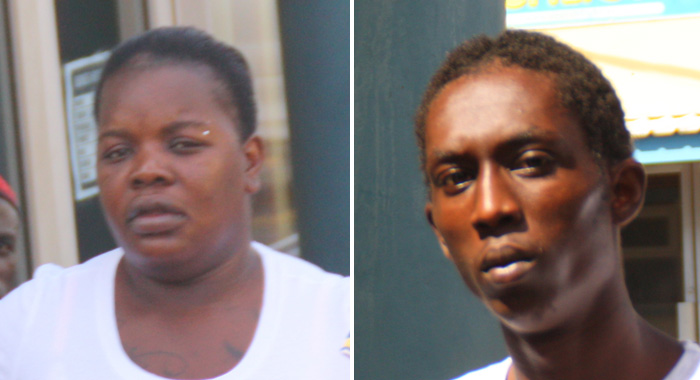 A 23-year-old Campden Park man will learn his fate on Tuesday (today) while a 30-year-old woman who is jointly charged with possession of a homemade firearm will know whether prosecutors will proceed against her.

On Monday at the Serious Offences Court in Kingstown, Kemron Spencer, 23, pleaded guilty to a charge of possession of a firearm without a license, while Nadalia Gordon, 30, pleaded not guilty.

They each pleaded similarly on a charge of possession of 61 grammes of cannabis with intent to supply.

The duo was arrested last Friday, Jan. 13, at Campden Park.

He, however, informed the court that he needed some time to consult with the Office of the Director of Public Prosecutions to decide what action to take regarding Gordon.

The magistrate said that in light of the prosecution’s submission, she would not consider bail for Gordon.

Both persons were remanded in custody until Tuesday for hearing of the facts, sentencing of Spencer, and for the prosecution to give their decision regarding Gordon.