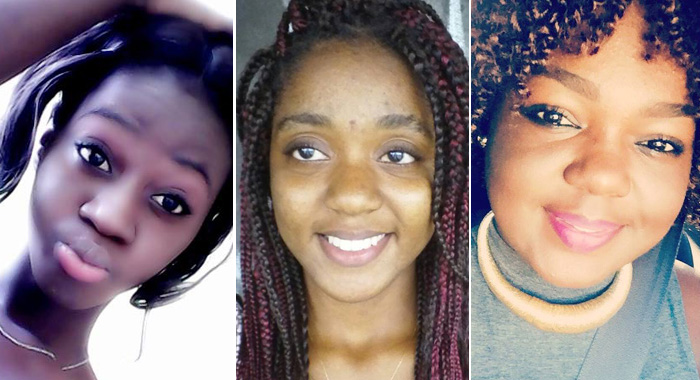 Lawmakers in St. Vincent and the Grenadines on Monday paid tribute to the three Vincentian students who died one day earlier in a car crash in Barbados.

Aziza Awanna Dennie, 19, of Redemption Sharpes; Daneé Deverey Horne, 18 of Questelles; and Carianne Lee-New Padmore, 18, of New Prospect died when a car in which they were travelling was involved in an accident with a van in around 3 a.m. on Sunday at Graeme Hall, Christ Church.

The students were in Barbados since December for an internship as part of their curriculum at the Technical Division of the St. Vincent and the Grenadines Community College, and were scheduled to return home later that day.

The three Vincentians were passengers in the rear of the car.

Two other Vincentian students, Kemelius Boyea, 18, of Chateaubelair and Darren Renaldo Daniel, 18, of Campden Park, were injured in the accident.

Speaking in Parliament ahead of the debate of the Estimates, Prime Minister Ralph Gonsalves described the students’ death as “unfortunate”.

He said he had succeeding in contacting the family of one of the deceased students and the relatives of the two who were injured.

He said that from all reports, the injured students “are going to be OK”.

The prime minister noted to lawmakers and media audiences that the students were in Barbados as part of their college curriculum.

“It is really sad thing. I saw in the Nation [newspaper] online the mangled condition of the vehicle,” Gonsalves said, and extended condolences to the family of the Barbadian who also died in the accident.

He said Simone Keizer-Beache, chair of the Community College, informed him of the tragedy, adding that all the arrangements have since been made.

He said that the government has made “a whole array of counselors” available to the families of the deceased and that the vice dean of the division, Janel Allen, travelled to Barbados on Sunday.

“It really shook me up. When anybody dies in an accident, it is a terrible thing,” Gonsalves said, adding that is it “absolutely devastating” when those killed are young people.

Meanwhile, Leader of the Opposition Godwin Friday expressed “heartfelt, deep sadness” at the passing of the students and the Barbadian national.

“When I heard the news, it really was a blow,” Friday said.

He said the tragedy brought back “some very painful memories” of the tragedy at Rock Gutter in which seven students died when a minivan careened down a steep section of the roadway and plunged into the sea.

Friday said that Sunday’s accident also brought back memories of the passing of 19-year-old Onixy Hamilton, of Tourmaca, a community college student, who died when the car he was driving crashed in Chateaubelair on Dec. 31, 2016.

Friday said the he has children the age of the students, adding that one of them is a student at the college.

“And I felt for the parents, who, as their children approach teenage years, 16, 17, 18, who must let them go out into the world but sometimes for the first time on their own and we do so always with a fear that something terrible could happen but you pray that the grace of God, that the guardian angels would guide them and bring them back safely, and sometimes, it doesn’t happen,” Friday said.

“And I feel so pained in my heart for those families, Mr. Speaker, and whatever we can do to bring comfort to them, all of us should try to do,” Friday said.

And, Minister of Education, Jimmy Prince mentioned the students by name.

He told Parliament that Parliamentary Secretary in the Ministry of Education, Sen. Deborah Charles, had just returned from a special assembly at the college.

The education minister said his ministry would continue to support the families, college and the students.