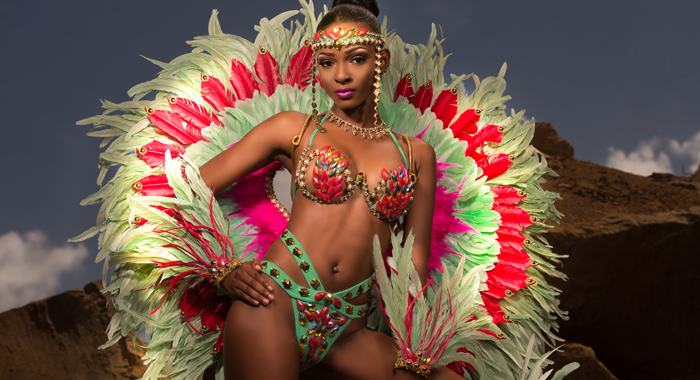 As it launched its 2017 presentation “Revolution” last Friday, Flow Ahdrenalin Carnival declared it it is pioneering “the feather revolution” in Carnival in St. Vincent and the Grenadnies.

The band said Revolution was inspired by the its journey throughout the years and its bravery for answering the call from masqueraders for a more sensual, lightweight, regionally and internationally-appealing kind of mas.

Band leader, Errol “Monty” Fraser said: “Ahdrenalin is the first band to truly break from what was considered mas tradition in St. Vincent and the Grenadines. In SVG, we were accustomed to the bulky, literal interpretations of mas with a stick in your hand for the entire day. However, when Ahdrenalin decided to partake in Vincy Mas, we wanted differently for Mas”.

Fraser also said the band’s approach to mas, which is now has widespread appeal throughout SVG, was initially always met with much resistance from the Carnival Bands Association, and even other traditional mas bands.

The band, which is in high spirits already for the season, stated that it expects 2017 to be a watershed year for Vincy Mas, as it would be the first year and the first major cultural festival following the opening of the Argyle International Airport.