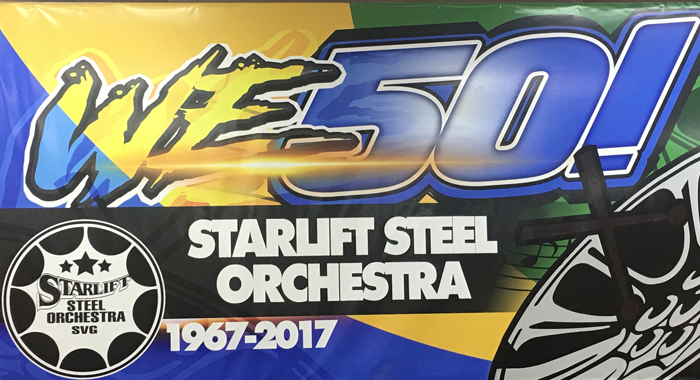 St. Vincent and the Grenadines’ oldest steel band is celebrating its 50th anniversary this year.

“About 50 years ago, one person who lived in the areas of Old Montrose/Redemption Sharpes area came up with the idea of forming a steel band. And that seed was planted and it has germinated to this institution that we have here that is in front of you today. Starlift is celebrating, this year, 50 years of being an institution in St. Vincent and the Grenadines,” Garth Williams, a member of the band‘s golden jubilee celebrations committee announced at a press conference on Wednesday.

He said the band will mark its anniversary with numerous activities to carry on the lasting impression that their founders thought about.

In giving an outline of the activities, band captain, Roddy Dowers, noted that the band is older than most of its members.

Driven by sheer talent and a desire to make a difference, and with their own resources, these men gave design and form to an institution with the motto: “Men Will Come! Men Will Go! But Starlift Forever Remains!”

Dowers said the band will make a great effort this year to honour each of the founders.

The celebratory activities begin this Saturday with a clean-up of the stream in Block 2000.

Dowers said the band used to be located near the stream and stories have been told of the stream washing away the pans when it was flowing heavily.

“We are going to clean up the river from that area come all the way down to the Singer [Warehouse] Building and further down.”

There will be a thanksgiving celebration service at the Kingstown Methodist Church on March 12 at 4 p.m.

Monty Maule, a former pannist, will officiate during the service at which the band will provide the music.

“At this celebration, we want to give God thanks and praise for having us last this long. We pride ourselves in being the oldest functioning continuous cultural organisation in St. Vincent and the Grenadines,” Dowers said.

On March 14, Heroes’ Day, the band will recognise one of its founder members, Walton “Tanny” Peters.

“We chose the day of Heroes’ Day to have him recognised and the band will be performing and we will have several acts.”

After this, the band will engage on an island tour, having several performances across the country, culminating in Kingstown on Independence Day, Oct. 27.

For Vincy Mas, the band will enter in both the junior and senior panorama competitions.

In the junior category, it will hope to make it five in a row.

“We have the beaver trick now but I don’t know what you call the other one, if you make it five in a row,” Dowers said. 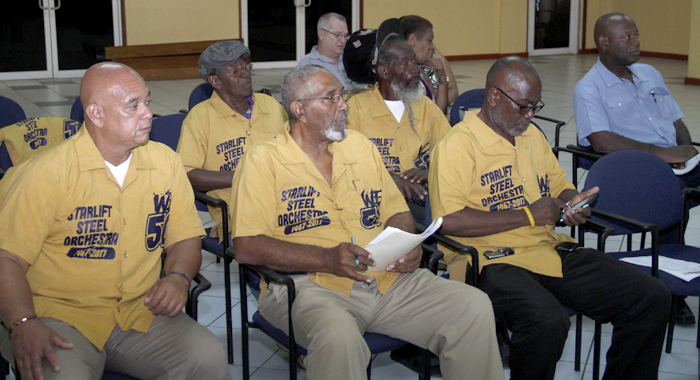 Members and supporters of Starlift as well as Carnival officials at Wednesday’s press conference. (iWN photo)Starlift will also enter the senior panorama competition and will also join with SVG Connect in having a j’ouvert band called “The Graduates: Class of 1967”.

He said that in October the band will also have a fundraising dinner.

During this year, the band will paint the homes of two elderly residents near its headquarters in Old Montrose/Block 2000.”

“This is one way of giving back to the community and these people who have toiled with us, as we will put it, over the years and some of it I could say even tolerated the ‘noise’ … over the years.”

Dowers said the grand finale will be a concert on Dec. 16.

“We wouldn’t want to let the cat out of the bag here, but it will be something very special, very memorable,” adding that persons who have gone to the band’s concerts would know what they are capable of.