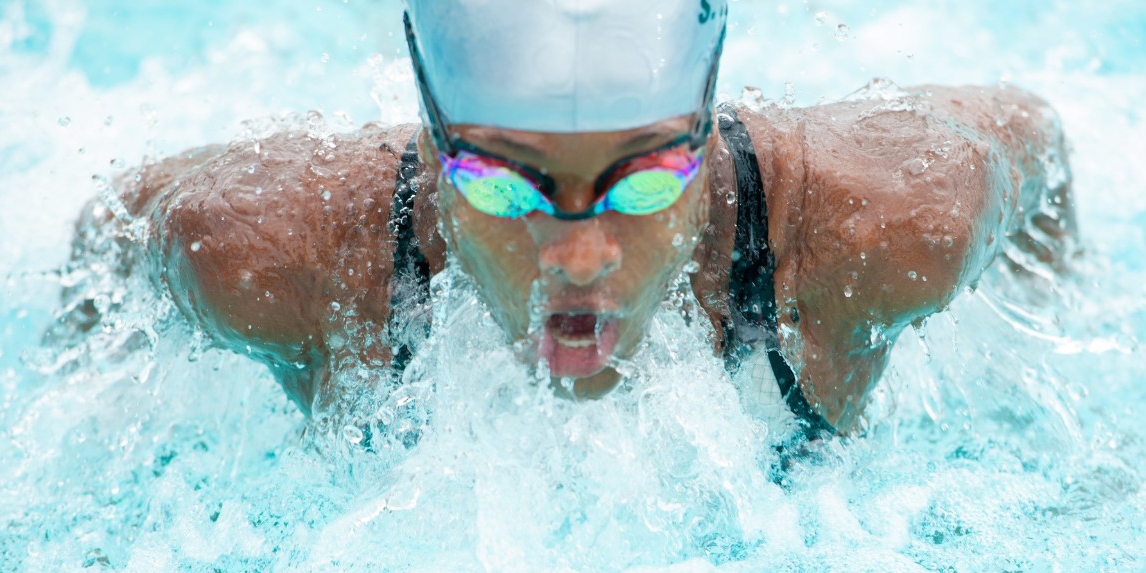 Two of St Vincent and the Grenadines’ best young swimmers competed at the Prairie Winter International (PWI) Swimming Championships held in Winnipeg, Manitoba, Canada from March 2 to 5. The PWI Championships were very competitive with over 550 of the best swimmers from all over Canada and more than 30 Swim clubs represented.

Thirteen year-old Alex not only brought home 7 medals but he also proved to be among the best swimmers at his age in North America. Several of Alex’s times were in the top 10 performances for his age in the United States and Canada. Alex was in the top 3 in 7 of his 8 races. He won 3 Gold medals, 3 Silver medals and 1 Bronze medal. Alexander’s individual results were:

Meanwhile, Shne, 16, swimming in her favourite 50 meter breaststroke, won gold in a cracking 33.33 seconds. This time was the second fastest in Canada for a 16-year-old. Shne is recovering from a knee injury and this performance shows she is making good progress as she tries to get ready for the upcoming Carifta Swimming Championships.

Black Sands Swim Squad (BSSS) and SVG National swim coach Kyle Dougan was pleased but not surprised at the fine performances of both Alex and Shne.

“Alex is an exceptional young man who works hard and is very focused. He is a fine example to all my other young athletes,” Dougan siad.

“I have seen Alex’s Vincentian record breaking performances at Carifta and the Caribbean Swimming Championships last year and I hope one day he will be duly recognized for his historical sporting achievements that as far as I am aware are unmatched in SVG at his young age. Alex can compete with swimmers at his age from across the world. It will be a pleasure to see him develop. Shne is such an amazing natural talent and I am not surprised at her continued success.”

Both Shne and Alex will be part of the SVG National swim team competing at the Carifta Swimming Championships in the Bahamas in April. They will be joined by Olympian swimmer Nikolas Sylvester, and Aaron Defreitas, Bryson George and Mya Defreitas.

The SVG Swimming Federation thaned Dougan for his “dedication and commitment to all our young athletes and we look forward to his and their continued success”.

President of the SVGSF, Stephen Joachim said: “I have absolutely no doubt in my mind that the success of swimming in SVG is a team effort and Coach Kyle is a massive part of that team effort”.

He added: “We are seeing increasing numbers of high performance young athletes from SVG. Shane Cadogan, our only other male medallist at the Caribbean Swimming Championships, and Cruz Halbich are unavailable for Carifta due to exam commitments. The future stars including Kennice Greene, Jayson Sandy and Eltonte Leonard will soon be ready to make their debuts at the Caribbean level. It is truly amazing to see the progress being made in SVG swimming. Special thanks to coaches Neisha Alexander and Rickydene Alexander who quietly contribute to developing our young talent.”