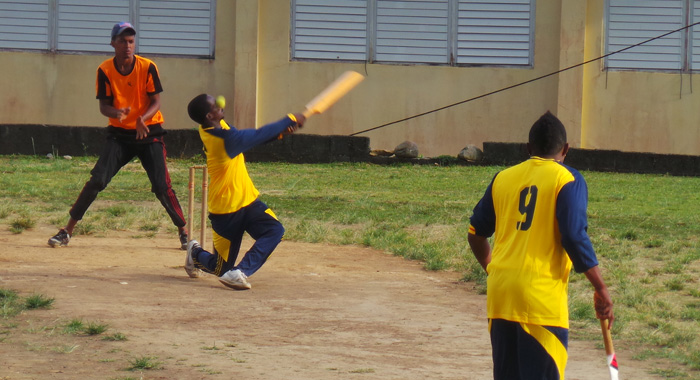 On Saturday, C.G.M Gallagher Novice defeated Calder United by 58 run. C.G.M Gallagher Novice winning the toss and batting reached 116/6 off their allotment of 20 overs with Renrick “Shay” Williams getting a topscore of 27 (3×6, 2×4) and his brother Elton “Ellie” Williams 22 (2×4, 1×6) with Kenneth Lewis 2/12 from four the best bowler for Calder United. Calder United were then dismissed for 58 in16.2 overs with yet another Williams this time Christon Williams leaving his mark with 4/19 from four to give his team a comfortable win.

In the other match on Saturday, Owia Young Strikers made light work of Snipers beating them by eight wickets. Snipers who batted first were shot out for 54 in just 13 overs with Kenson Williams 21 being the topscore as Daverson Lavia finished with 4/23. Owia Young Strikers then replied with 55/2 in 6.4 overs.

On Sunday, Bank of SVG Allstars defeated Smart Strikers by 51 runs. Bank of SVG Allstars batting first reached 112 off 18.2 overs with Godwin John 23 being the top score with Aldy Spring taking 5/7 from four. Smart Strikers were then dismissed for 61in 17.4 overs with Kelique Samuel taking 3/10. In another match on Gairy Construction Simple Boyz hardly raised a sweat in defeating Carrier Blazers by nine wickets. Carrier Blazers were blown away for a meagre 29 in 10.4 overs with Kezan Thomas collecting 3/11. Gairy Construction Simple Boyz got their target in quick time ending 34/1 in 3.4 overs.

Gairy Construction Stingers made 82 19.2 overs after batting first with Zyron Harry 3/1 and Linton Peters who took three wicket in his first over ending with 3/13. Israel Bruce Law Chambers Smashers then reached  83/5 14.1 overs with Renrick Peters getting 30.

Coreas Distributors Player of the Weekend-Aldy Spring of Bank of SVG Allstars for taking 5/7 against Smart Strikers.