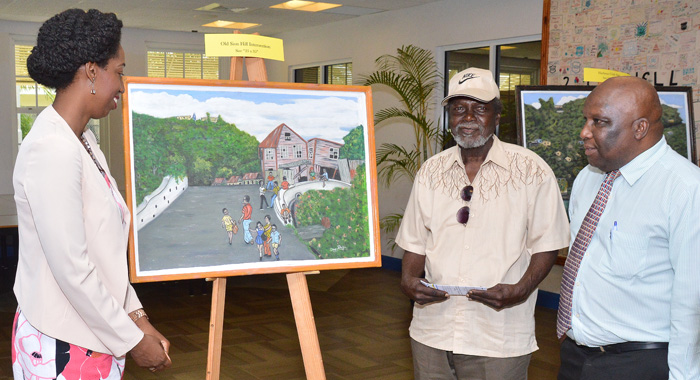 For the past 60 years, Owen Ralph has been a high force in cultural events in St. Vincent and the Grenadines, providing creative inspiration and entertainment to the people of the nation.

He is most known for organising carnival activities in Sion Hill and has played steel pan, sang and is well known for building carnival costumes with his cousin, Roy Ralph.

He has been the man behind the carnival band “Owen Ralph and the Professionals” for 30 years. This band has brought joy, fun and entertainment to the community. Ralph has distinguished himself as a true artist. Not only is he involved in the performing arts but has been painting on canvas and doing sculptures for many years.

Ralph is inviting the public to an exhibition of his artwork titled “The Owen Ralph Retrospective” at the newly opened Youlou Art Centre and Gallery from today, April 12, to May 15.

The public is invited.

Ralph’s art pieces can also be seen at his gallery located just after the Sion Hill intersection.

Ten to Ralph’s of his extraordinary pieces at were displaced during “National Library Week” hosted by the National Public Library, Archives and Documentation Services” from April 3 to April 7 under the theme “Public Libraries: Delivering knowledge throughout St. Vincent and the Grenadines”.