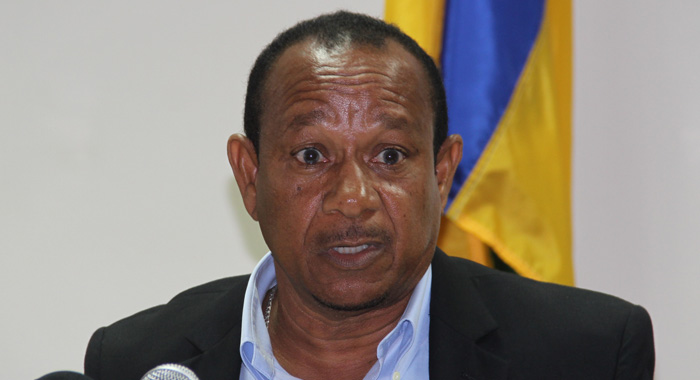 A labour expert has spoken out against what he described as low productivity in St. Vincent and the Grenadines.

Head of the Wages Council, Lloyd Small, says that some persons only give four hours of work during an eight-hour workday.

He told a recent press conference that during the recently completed review of minimum wages, he decided that he would stop at Arnos Vale and observe the movement of vehicles.

“And at 3 o’clock, there was a large, large line of traffic going to Arnos Vale. Couldn’t be teachers only. It means that people are leaving work early and coming to work late,” he told a recent press conference given by Minister of Labour Camillo Gonsalves to announce minimum wages.

“I’ve seen people getting to work for 9 o’clock but by 11:30, they are leaving work and going to pick up their kids at school or take lunch to the school,” Small said.

He said these people would then leave at 3:30, go to the school and pick up their children then go home.

“It means that we only have four hours of productivity out of eight hours of work. It’s not good for the country. So we have to address that,” Small said, adding that production and productivity are different.

“People believe that they are producing and that is productivity. So we have to try to address that situation so that the country can be competitive globally and regionally. If we don’t do that, we will be in trouble as a country.”

Minimum wages have been revised for the first time since 2008.

Small said that during their consultations they gave special attention to the Grenadines because of the hotel and tourism sectors there.

He said this brought to the fore several concerns of workers in that sector.

“During these consultations, we were informed that many employers were paying way above the … minimum wages at the time. But workers were still disgruntled with the level of wages paid to them and with the employment practices of some employers in contravention of provisions of the protection of employment act of 2003.”

He said that workers complained that due to the rising cost of housing, healthcare, transportation, food, etc., their incomes were inadequate to provide them with a comfortable standard of living.

“It was also mentioned that most employers were not living up to their social responsibilities and, therefore, put further pressure on the household income and expenditure of workers by not providing additional supplementary benefits such as medical insurance and pension benefits in addition to what is provided by the National insurance,” Small said.