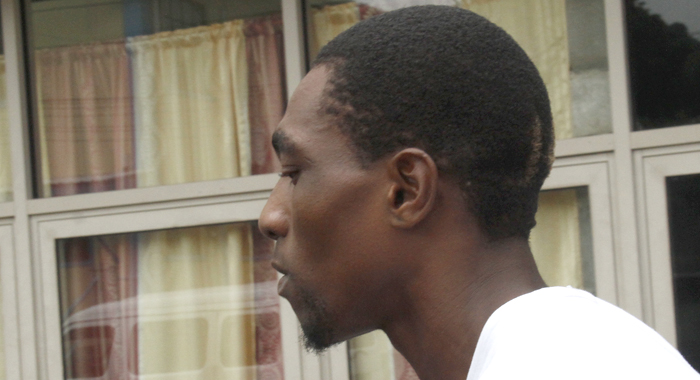 A man who stole a car from a garage in Largo Height and drove it to Chateaubelair told the court he did so because he wanted to be alone after his brother’s death.

The man, Alex Alexander, of Largo Height, on Wednesday pleaded guilty to a charge that on July 29, 2017 he used PP330, a motorcar, without the consent of the owner or any lawful authority.

The court heard that the owner of the vehicle took it to a garage for servicing and the mechanic fell ill sometime soon after and was hospitalised.

When the owner went to check on the vehicle, it was not at the garage and checks with the mechanic showed that no one was given permission to remove the vehicle.

The matter was reported to the police, who recovered the car in Chateaubelair — some 25 miles away — in good condition.

Alexander pleaded guilty to the charge when he appeared before Magistrate Bertie Pompey at the Kingstown Magistrate’s Court.

He told the court that when he took the vehicle he was “under pressure” because his brother had just fallen off a building and died.

The accused man told the court that he also wanted to be alone, hence his actions, adding that his father had also died after falling from a building.

“Your record shows that you are a less than an honest person,” Pompey told the man, noting that he had convictions for burglary.

“Ok. I am sending you to reflect. You will not be so lonely though. Six months in prisons. Go there and reflect,” Pompey said.

The accused man’s comments suggest that he is the brother of Danley Alexander, also known as “Buddy” and “Ghost”, a 26-year-old labourer of Largo Height, who died after falling from a building on North River Road, Kingstown on July 4.

The men’s father, 49-year-old Cecil Michael Baisden, fell to his death while painting a 100-foot-high building in Paul’s Avenue, Kingstown on May 3, 2012.