38 Years and the Vincentian Identity: A Conversation 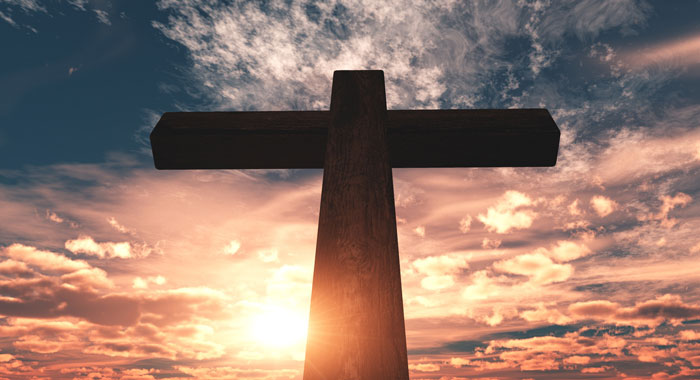 Independence Message by the St. Vincent and the Grenadines Christian Council

Thirty-eight years ago, we became an independent nation. Congratulations SVG on the 38th anniversary of our independence – “we praise God for what is past and trust him for what’s to come”.

The achievement of independence was a part of a larger narrative of struggle and rebellion in pursuit of self-determination and identity. The Caribbean people, with a history of slavery and colonialism, understood the language of struggle and rebellion as these seem intimate to our continued effort at claiming a space for self-discovery and self-determination. Independence was simply a part of that struggle which continued after 1979 and took different and varied forms. Figuring out our own space in and contribution to the human family hasn’t been an easy task. Various influences and impositions along with our potpourri heritage have always challenged our pursuit of a Vincentian identity. Who we are beyond the conversations like Black Fish, Jack Fish, La Soufriere, breadfruit, roast pork, black sand beaches, and such superficial characteristics is still obscure for many Vincentians. Who we are beyond what others think, require and expect of us; beyond the sand, sea and sun is still obscure for many. Who we are apart from trying to be what others are and have what others have is to many, elusive, since their only concepts of being ‘Vincy’ is in imported and often not even indigenized. For a people whose emphasis on their physical home is unparalleled, it has become evident to some, that the deep yearning of the Vincentian to find our own safe space to exist and to become is at the heart of our conversation identity.

For years an integral part of our national identity and self understanding included that single but significant banana tree as it affected every aspect of our life. We like many other Caribbean countries inherited a monocrop type economy from colonialism (at one time and in some places this was sugar cane) and seemed never to have had the courage and a sufficient support system to risk going out of the circle of banana. As banana began to decline and, having become accustomed to the profitability and rhythm of banana, informal conversations heard arguments that weed was a justifiable alternative, particularly for those on the North Leeward end of the island. The fall of banana which seemed all too sudden (though it had been imminent for some time) appears to have adversely impacted our nation in many more ways than we have realized. It accentuated the anti-land, anti-farming, anti-hard work sentiments that were already brewing (an unfortunate legacy of slavery). This was compounded by the appeal of American, first world commercial model economy (as advertised on TV and with increased travel). As such over time it became clear that our land strength and characteristic was diminishing even further. We certainly were not a people celebrated for our prominent breadfruit tree (in fact there are other countries that seem to have done more with breadfruit in dishes and agro-processing), neither were we as celebrated for our arrowroot. Our coconut industry which had begun exploring soaps and other by-products crashed with the cholesterol propaganda (it is now on the rebound). Now, we certainly are not a banana country nor in many respects a farming country. The search to locate farming and the land in the developmental narrative of St Vincent is challenging. We seem unprepared to maximize one of our greatest assets. So who are we and what are key characteristics of our identity is a question which continues to linger and be shaped and reshaped.

For some time, we heard of our Caribbean counterpart, Jamaica whose identity seemed for some, an unfortunate blend of reggae, Jerk and crime. None would have anticipated that our Hairouna would one day be at risk of having crime and violence as part of a conversation on our identity. Comparative figures to other OECS and Caribbean states make our current crime trend a real possibility of being forged with our identity. Undoubtedly, in this as with many other narratives on crime, education and economics are key factors but not the only determinants. The demise of the banana and the concomitant vilification of agriculture and toil with an increased appetite for world of NIKE, APPLE and SAMSUNG contributed to shaping a generation that believed in the easier alternatives of theft and drug trade fuelled by an inherited culture where a significant portion of our men were the less literate and seemed to pay more attention to earning at the expense of education.

Where is God, faith, Christianity and church in this narrative? Was faith our guide or our tool? With God as an integral part of our national anthem, culture and heritage, where does God fit into the conversation on Vincentian identity? While we can celebrate that we still have worship services as part of organisations’ week of activities, we still have a significant portion of our population as self-professed Christians, we have National Day of Prayer and independence church services with the Prime Minister participating. We still begin most public functions with a prayer and whenever there is a national outcry people still seemingly look to the church, some, askance; what is the church doing? We do have a proud heritage of church schools and church influence and this is something to be proud of, yet with such a visible and palpable sense of godliness we have become a nation with far too frequent stories of gun violence, child rape and molestation, incest, domestic violence, praedial larceny, breaking and entering, sex tapes and other expressions of ungodly and immoral behaviour. This begs the questions, to what extent has our faith shaped our national self-understanding or continues to shape who we are and what we become?

This year as we celebrate our 38th anniversary of independence we are forced to confront the identity question afresh and the nature/authenticity of the relationship between our faith and our identity, providing us with a fresh challenge to ensure our faith is not a tool but our guide. This can give new meaning to “whatever our future brings our faith will see us through” – a faith-inspired path. This is critical since it still is true that righteousness exalts a nation, while sin destroys.

As we negotiate the current challenges, navigate a way forward and forge ahead with a restless and relentless struggle to formulate and articulate a Vincentian identity. The Christian Council is convinced that the shaping of what it means to be Vincentian and how we must function on this small space of 133 square miles will benefit tremendously from a deliberate engagement and adaption of biblical principles. This will provide us with the space to interrogate modern philosophical and ideological trends and impositions, maintain a people not money first value system and give fresh expression to concepts like sustainable development, wealth generation and food security. The Christian Council, therefore, extols the following biblical virtues and principles:

May peace reign from shore to shore and God bless and keep us true!