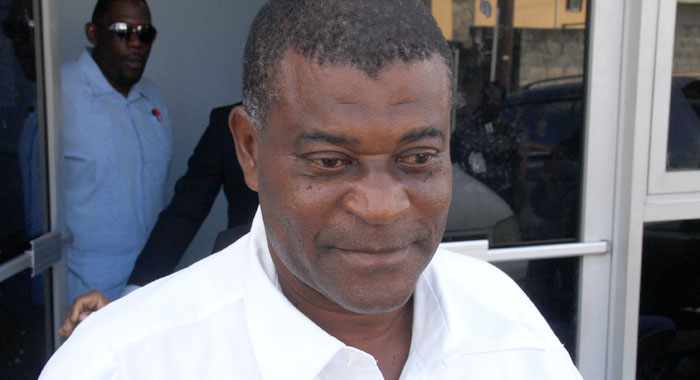 Donald Soleyn a bailiff, saw the charges against him dismissed after the witnessed failed to attend court. (iWN file photo)

A court bailiff on Monday pleaded not guilty to an official corruption and two related charges when he appeared at the Kingstown Magistrate’s Court.

Donald Soleyn, of Arnos Vale, was charged that between Dec. 31, 2015 and Jan. 1, 2017, at Bequia, being employed in the Public Service and being charged with the performance of any duty by virtue of such employment, he corruptly solicited, received, or obtained property, to wit, EC$300 in cash for himself on account of anything to be afterwards done or omitted to be done by him in the discharge of his office as a bailiff in the Magistrate’s Court.

He was further charged that between the same date, also at Bequia, he had in his possession criminal property to with EC$200.

A third charge was that between the same date and at the same place, Soleyn dishonestly appropriated EC$200 in cash belonging to Wayne Peters, of Bequia, with the intention of permanently depriving Peters of the said EC$200.

Station bail continued in the matter and prosecutor Inspector of Police Elgin Richards asked that the matter remain at the Kingstown Magistrate’s Court for trial.