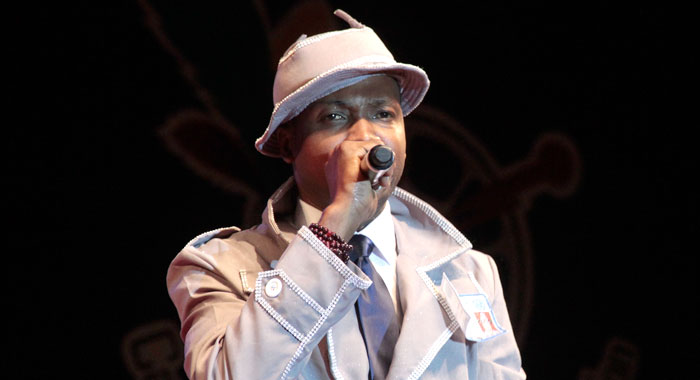 Hooper retained the Power Soca Monarch crown on Saturday in the same show in which that Fimba won his first soca crown.

Fireman’s Road March second place was secured with his song “Amen”, the rendition of which sent soca lovers into euphoria on Saturday but triggered accusations of sacrilege among some members of the Christian community.

Third place in the Road March competition went to   Antonio “Small Circle” Edwards, with his song, “Eggplant”, which generated 38 points.

Meanwhile, SVG Players International amassed 515 points to secure a 7-point victory over Mirage Productions in the Band of the Year competition.

Players’ presentation was “Legends of the Soca Monarch — ‘Best of the Best’” while Mirage focused on “With Flying Colours”.