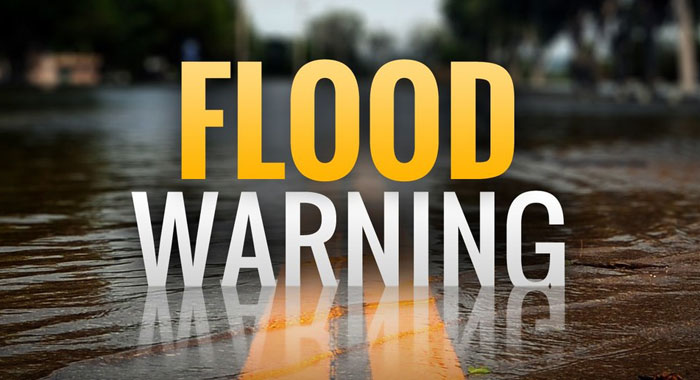 Heavy showers and thunderstorm associated with Tropical Storm Kirk are approaching St. Vincent and the Grenadines and a flood watch is in effect for the country, forecasters said midnight Thursday.

The Ministry of Education has also announced that schools will remain closed on Friday, for a second consecutive day, as a precaution in light of unpredictable weather associated with the cyclone.

At 11 p.m. Thursday, Tropical Storm Kirk was near 13.8 degrees north, 61.4 degrees west or about 50 miles (80 km) north north-west of St. Vincent and the Grenadines, the Met Service said.

Maximum sustained winds remain near 50 mph (85km/h) with higher gusts. Kirk is moving towards the west near 12 mph (19 km/h).

Sustained winds of between 25 to 35 mph (40 to 55 km/h) with higher gusts are expected by early morning Friday.

Stations at Argyle and across the windward side of the island have reported rainfall accumulations between 1 to 2 inches (25 to 50 millimetres) during the last 24 hours.

A further 1 to 3 inches (25 to 75 millimetres), with isolated higher amount in mountainous areas can be expected, as pockets of moderate to heavy showers, periods of rain and scattered thunderstorms, moves across the islands. A flood watch is now in effect until 6 a.m., today — Friday. Residents and motorists in areas prone to flooding and landslides, near rivers and streams should be alert.

Large easterly swells of up to 3 metres (10 feet) can be expected.

By late Friday, northerly swells generated by Post-Tropical cyclone Leslie, are forecast to propagate southwards across our shores.

Large waves and dangerous rip-tides can create unsafe conditions for small-craft operators, and these conditions may become even more adverse at times of high tide.

Sea-bathers and other users of the sea are advised to stay out of the water.

A high-surf advisory and small-craft warning remains in effect until 6 a.m. Monday.

High Tide times are expected around: