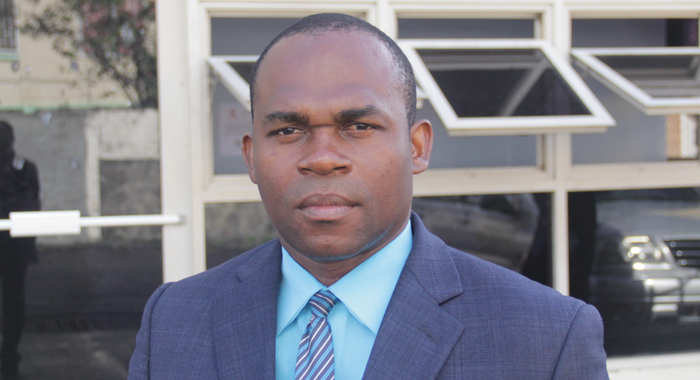 Prosecutor Sergeant Renwick Cato apologised on behalf of the prosecution and the police. (iWN file photo)

A prosecutor in the magistracy has been commended for his decision to withdraw a charge against a man in a case in which the virtual complainant has never come to court.

The matter involved a criminal assault charge against Barrett Lewis, which the Crown brought after Augustus Smart lodged a complaint with police.

Smart did not attend court on that day or any of the other days on which the matter was called.

Cato noted that the alleged offence dates back to July and said that in his statement, Smart had said that he just wanted the police to warn Lewis.

“Your honour, he is not here, and I am not wasting any more time with this matter.”

The magistrate then told Lewis he was free to go.

Burnett then asked the prosecutor if he had made that decision on his own.

Cato said yes and reiterated what Smart had said in the July 1 statement.

The magistrate said that he asked because when someone is prosecuting a matter “and certain things are right in front of you, I really don’t see the prosecutor why he has to go back and get the DPP to tell you yes or no”.

Cato said there are some matters that he would consult the DPP before making a decision.

He again noted that Smart told the police that he just wanted them to warn Lewis.

“He (Lewis) was charged. But after that, he (Smart) never came to court.”

The magistrate said that Cato has acted as a prosecutor ought to.

“That’s why you are a prosecutor,” Burnett said.

“And the offence is criminal assault,” Cato said.

“Well, I commend you for that,” the magistrate told Cato, adding, “That’s what I am doing.”

Smart had alleged that Lewis assaulted him by breaking a glass bottle and pointing it in his face.

One day earlier, Cato had agonised about withdrawing a case against a man accused of handling stolen goods.

The prosecutor was forced to make the decision after the virtual complainant told the court that the police had only asked him that morning to initial the items he had identified since October.