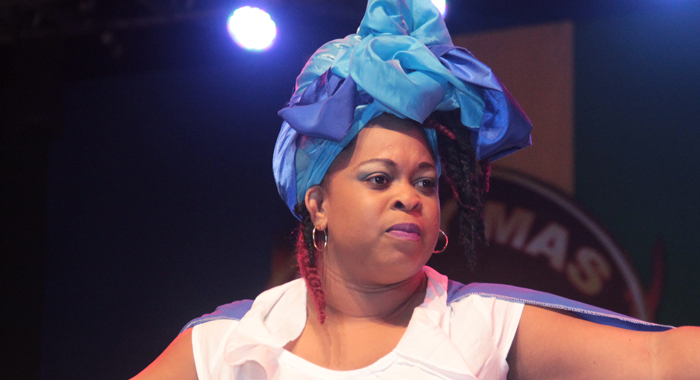 Queen of Calypso 2019, Shaunelle McKenzie is among the finalists. (iWN file photo)

Five women, including the reigning Queen of Calypso and a former national monarch, are among the finalists in this year’s Calypso Monarch competition, slated for next Sunday at Victoria Park.

The women were among the 11 chosen from the 22 semi-finalists who competed last Friday for a chance to unseat Zamfir “Man Zangie” Adams, who has won four crowns.

Among the women is Shaunelle McKenzie, who unseated Joanna Christopher to become this year’s Queen of Calypso.

It is the first major win for Shaunelle, who has won eight junior calypso crowns — the most of any artiste — even as the national crown continues to evade her.

Christopher was crowned Queen of Calypso last year, when the competition was reintroduced after a decade and a half.

The bard, who transitioned from back vocalist to competitor about three years ago, has also secured a place in this year’s finals.

Zangie will also see a challenge from Lornette “Fya Empress” Nedd, who, two years ago, stopped him from creating calypso history — yet again — by completing a hat trick of wins, following his historic three crowns in a row.

Shena Collis is making the finals for the third consecutive year after moving from back vocalist to competitor.

The other woman among the finalists is Cleopatra “Cleo” Hendrickson, who continued to be a strong contender and has made the finals several times since she began singing in the art form locally some years ago.

Among the finalists are two other former monarchs, Maxwell “Tajoe” Francis and Elvis “Abijah” Abbey, as well as Robert “Patches” King, who has placed second on several occasions over the previous years.

The other finalists are Roland “Chico B” Veira, who is known for his humorous renditions, Fitzroy “Bro Ebony” Joseph who, a few years ago, sang about having won “nothing at all” in all his years of competition and  Dennis Bowman, the only of the four semi-finalists from the New York-based Dynamites Calypso tent to make it to the finals.