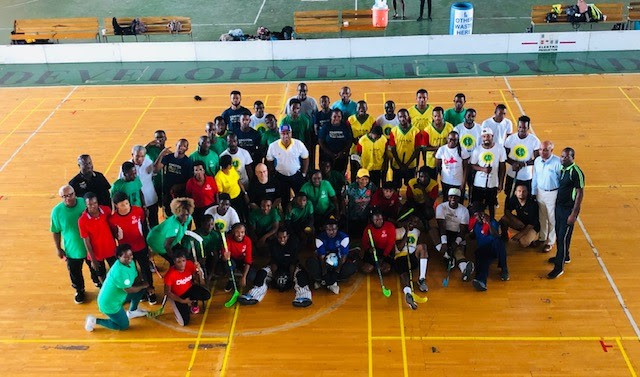 The workshop was hosted by Special Olympics Jamaica from Jan. 24 – 26.

Williams joined his counterparts from Aruba, Guyana, Guadeloupe, Jamaica and Trinidad & Tobago for training in Unified Sports® and floorball.

The training covered a range of topics including, an overview of Unified Sports®, injury prevention and floorball rules, basic skills and tactics of the game.

Floorball was invented in Sweden in the late 1960s and was first featured at the 2013 Special Olympics World Winter Games in Korea as a winter sport.

This is new sport for SO SVG and is the second winter sport to be introduced to its athletes, the first being floor hockey, at which the athletes have done very well in the past, winning a gold medal at the 1997 World Winter Games in Canada.

The organisation said it continues to encourage persons to join the movement as athletes, coaches, volunteers and partners.