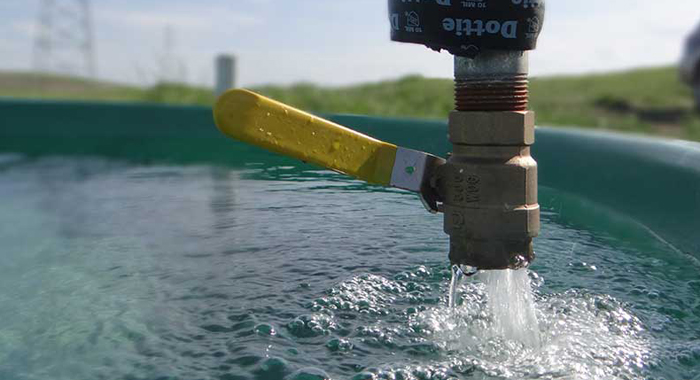 BRIDGETOWN, Barbados (CMC) — Regional forecasters say they expect some drought relief over the coming weeks as the wet season, which largely coincides with the Atlantic Hurricane Season, commences on Monday.

They have, however, presented two “undesirable scenarios” that includes significant heat stress, and high flood potential for the region.

In its Wet/Hurricane Season 2020 Caribbean Climate Outlooks Forum (CariCOF), held virtually on Wednesday amidst the COVID-19 pandemic, the Caribbean Institute for Meteorology (CIMH) said that between June and August, drought relief is expected across the region.

In the short term, through June, the drought relief is expected to affect soil moisture, small streams and small reservoirs.

However, even as the Caribbean can expect some relief from the drought, which has resulted in water emergencies in some countries and extensive rationing in other, forecasters said that heat discomfort will increase towards August.

The potential for flooding and flash floods will increase from June to late-August across the Caribbean Islands, but decrease during August in the Guianas (French Guianas, Guyana and Suriname), which would then be into its dry season.

In the two “undesirable scenarios”, scenario one, is wetter than usual wet seasons that in which lessened daytime heat stress and drought relief comes sooner, but night-time heat discomfort remains, and particularly high flood potential and hurricane season activity by late-August.

In the second scenario , the season is not wetter than usual, flood potential and hurricane season activity remains at normal levels, but there is a strong build up of heat stress and slower drought relief.

Forecasters said that between September and November, they anticipate strong hurricane season activity through October and, possibly, among the strongest in recent decades.

Heat stress is expected to peak in September, with cooler temperatures expected from November onwards, when heat discomfort should sharply decrease.

The potential for flooding and flash floods is high and should be of particular concern if a La Niña manifests.

“What we see is that for June to August, much of the region is expecting higher chances for wet conditions, but this is our first scenario,” CIHM climatologist said Dr. Cédric J. Van Meerbeeck told the outlook forum.

He said that while forecasters are working with two scenario, in both cases the region will see some short-term drought relief.

“Why? Because June to August is already the wet season so the amount of rainfall is going to increase compared to previus months. But especially in case that the wet season, in this case June to August really ends up being wetter than usual, drought relief for the shorter term and also, for to a certain extent for the longer term will be faster than if rainfall is not that time.”

Van Meerbeeck said that indication for September to November is that much of the region is expected wetter condition than usual.

He noted that September to November is typically the wetter part of Belize, but it is the dry season in the Guianas, which could, potentially expect a dryer than usual dry season.

“But note that there are some exceptions, there are some locations in which our model suggest that rainfall could end up below the norm for those three months. But all in all, the overall scenario, our model and other global models suggest, the potential for a particularly wet season across the Caribbean.”

Forecasters have also presented another scenario, in which they have lower confidence, in which some global models are indicating lower changes for a particularly wet season.

“Given that there is going to be a likely increase of the number of very wet spells — remember wet spells relate to flooding — flash floods and long-term flooding  potential is expected to be of growing concern by  August,” Van Meerbeeck said.

However, since the Guianas will be in their dry season, it should be decreasing as early as mid-August in that sub region.

This scenario will mean potentially faster recharge of large water reservoirs and soil moisture in most of the region and decrease wild fire potential.

At the same time, warmer than usual conditions are forecast for most areas. However, in places where rainfall ends up more abundant than usual in the Greater Antilles, day-time temperatures may turn out to be slightly cooler than usual.

The implications are heat stress in the vulnerable population and small livestock from July to September in the Bahamas and Greater Antilles; August to October in the Lesser Antilles and September to November in the Guianas.

Cooling need until October will potentially be higher than most other years.

Regarding the Atlantic Hurricane Seasons, two named storms — Arthur and Bertha — have already formed ahead of the June 1, official start of the season.

On May 21, the U.S. National Oceanic and Atmospheric Administration (NOAA) Climate Prediction Center, citing a 70% confidence range, forecasts 13 to 10 named storms this seasons.

NOAA’s forecast is that six to 10 of these will become hjurricane, and three to six will become intense hurricanes.

There is also a possibly of 11 named storms, six hurricanes and three major hurricanes tracking through the Caribbean Sea and Gulf of Mexico.