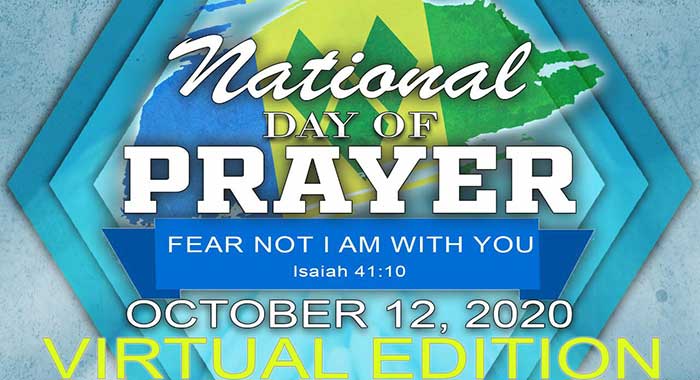 As St. Vincent and the Grenadines prepares to celebrate its 41st anniversary of Independence, the nation is being called to prayer on the National Day of Prayer.

The National Day of prayer will be observed on Monday, Oct. 12, under the theme ‘‘Fear Not I Am With You”.

The event is being organised by the National Day of Prayer Committee in conjunction with the Ministry of Ecclesiastical Affairs.

The event aims to unite the nation in prayer and a number of activities are scheduled for the day, these include a virtual prayer rally, workplace devotions, school devotions, interactive/on-air prayers (via radio), and social media “post a prayer”.

The day’s activities will culminate with a virtual prayer rally, which will be streamed via Facebook and carried on VC3 from 5:30 p.m.  The public is being invited to participate.