Poverty: not just political or lack of money 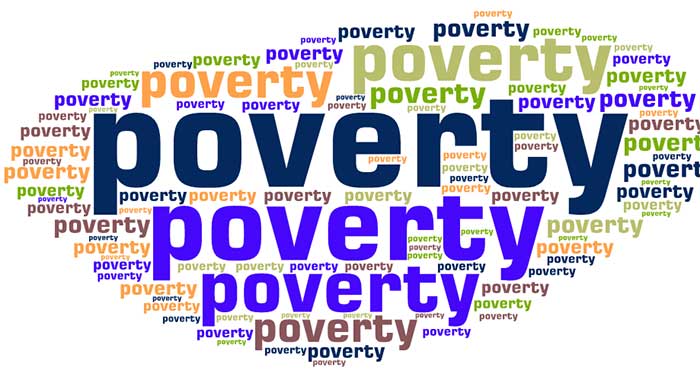 (This commentary first appeared on the iWitness News Facebook page)

Poverty is not just political, or the lack of money. It’s also a generational curse, if we do not make better and smarter decisions in life.

I wish candidates spoke more of the underlying issues that contribute to poverty that need to be addressed accordingly because being poor and being in poverty are two different things. Poor is an economic state, poverty is psychological, or in layman’s terms a “mindset.” Poverty is an overall state of economic dependency where one is dependent on a system of care for all or most areas of their life, often for more than one generation.

There is also another difference: situational poverty vs. generation poverty.  Situational poverty is when a person experiences poverty because of a life changing event. Examples: divorce, illness, death in the family, unexpected loss of employment. Any of these life events can cause an individual or a family to endure a period of instability, homelessness, use of government assistance, etc. However, generational poverty is when a person was born into a family that has experienced poverty and its associated factors for more than one generation, and in a lot of cases, for multiple generations.

Some of the factors associated with generational poverty:

Low or no network of support

High levels of substance use such as tobacco, marijuana, alcohol, and street drugs

These are many contributing factors to poverty within specific communities that need to be addressed on various levels. An example and question of why are there multiple rum shops within neighbourhoods where schools and children are? Areas where children have to commute on a daily basis. Can’t we see as a society the psychological effects and acceptance we are creating for the younger generation yet it is accepted and condoned.

Individuals who have more children than they can care for.

The shaming of those individuals by others instead of encouraging them to improve their situation by offering advice or suggestion, but individuals have to first be willing to accept.

The lack of parents in the home and proper parenting, guidance, where is the church community in those neighbourhoods that have high single parent households, children with no homes, teens with no guidance? We have to remember it takes a village to raise a child including your extended family.

If we truly want to address poverty on a whole, we need to address those contributing factors that are also why there are high unemployment rate among the various age groups.

Maybe we need to restructure the educational system to include high school up to 17-18 and give the students junior college courses as an introduction to college level courses — but the tools to either continue their education at college level, or become young entrepreneurs after high school.

In that way, if secondary education is mandatory, students are expected to be in school and not on the streets unemployed. We need to also restructure the courses offered at high school and include subjects at junior college level such as entrepreneurship, finance, business management (which would be separate to those who are doing principles of business), leadership skills, include more technical classes in all high schools.

Introduce philosophy and psychology. It can be done but this is where visionaries, educators rewrite our curriculum. The world is changing and our system should reflect it. Also parents, you have to remember you are your kids’ advocate. Demand more even at PTA meetings, have the conversation with the principals and teachers on implementing certain subjects to produce a well-rounded student. Teachers often complain not enough parents spend the required time assisting their student with their work or exams. When your child succeeds, you succeed.

All of that is to say, everything is not political and just as poverty, unemployment and job creations need to be addressed at government level, it’s the same within the homes.