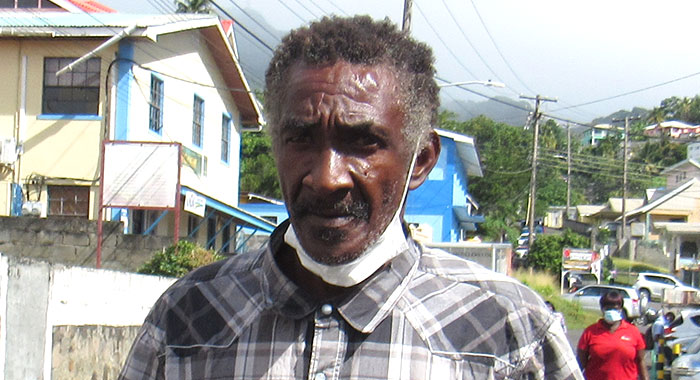 A 60-year-old man who stole a goat has to pay compensation for the animal although he claims not to have benefitted from his crime, as the goat carcass was, in turn, stolen from him.

Lewis Soleyn, of Edinboro, appeared before Senior Magistrate Rickie Burnett at the Kingstown Magistrate’s Court, on Monday, and pleaded guilty to theft.

Prosecutor, acting Corporal of Police Corlene Samuel told the court that the charge stemmed from an incident on Dec. 21, 2020 about 8 a.m., at Edinboro, when Soleyn removed a brown ewe goat, valued at EC$400, the property of fellow villager Nolan John.

In presenting the facts, she said John tied the goat to the back of his house but discovered it missing around 7 p.m. that same evening.

Acting on information, police conducted a search at Soleyn’s residence but found nothing of interest to the case.

Samuel told the court that Soleyn, however, admitted to stealing the goat.

He gave a caution statement, telling police he was drinking at a shop in the area and on his way home passed John’s house where he took the goat to a certain area and killed it. Soleyn went for a knife but on his return discovered the carcass missing, Soleyn further told police, adding that he was drunk at the time.

Soleyn told the court that for the past eight months, he has been employed washing wares for one Monique between 1 a.m. and 6 a.m.

“Sometimes, I get EC$15 every time I work. Only Sundays I don’t work.

Soleyn further told the court he might get a job every other week to clean and this would earn him EC$20 or EC$30 each time.

Before handing down his sentence, the senior magistrate said praedial larceny is a big problem in St. Vincent and the Grenadines, adding that people cannot plant their crops or rear their animals in peace.

“Although society at large would want me to send you to jail for this, there are some guidelines that I can apply and I can make a case for departing from the sentencing guidelines in this case,” the magistrate said.

“Most times, complainants must wait ‘til thy kingdom come and in my opinion, that’s terrible. If you’re going to steal, have your money to pay,” Burnett said.

Soleyn, who had no previous conviction, was given until Feb. 26 to pay EC$400 or six months imprisonment in default.

He was also placed on a one-year bond in the sum of EC$1,500 or six months in prison.