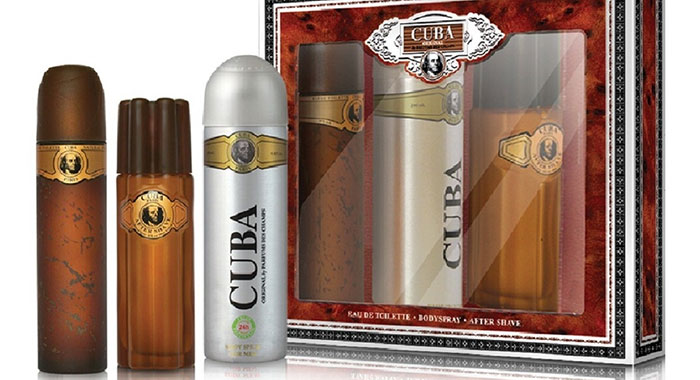 A 57-year-old butler, who stole perfume from a Kingstown store, three years after he was jailed for a similar crime, had the court wondering if he was of sound mind.

Carlyle Richards, of Sion Hill, told the Kingstown Magistrate’s Court last Tuesday that he had gone to the store to exchange the four-pack of Cuba perfume, valued at EC$30.

He said he had previously bought one there for EC$50 and had given it to someone in Canouan.

“What were you going to change?” Senior Magistrate Rickie Burnett asked Richards, who had pleaded guilty to the charge that on March 12 he stole the perfume from Jax Enterprises Ltd., in Kingstown.

“They had loved the smell of it,” he said.

“Is he here with us?” the magistrate said.

“I am wondering,” responded the prosecutor, acting Corporal of Police Corlene Samuel.

“Have you been to the Mental Health Rehabilitation Centre before?” Burnett asked the defendant.

Richards said he had not.

“I just want to make sure, because–” Burnett said, but did not complete the sentence.

The facts of the case are that on March 12, Richards went to Jax Enterprises Ltd, in Kingstown, where the security guard kept him under observation because of a previous incident.

The security guard observed that Richards went to the cosmetics shelf, removed the perfume and hid it behind a black purse that he was wearing.

When Richards got to the exit, the security guard stopped him and requested a search, which revealed the stolen pack of perfume.

When Richards told the court that he was 57 and works as a butler, the magistrate said, “I don’t believe this!”

Richards then told the court that he had no idea what happened and gave the story that he had bought perfume from the store then had gone back to change it.

The magistrate, looking at the man’s record, asked him if he remembers that in 2018 he stole a bottle of perfume, valued at EC$8 and a pair of pliers from the same store.

Richards asked the court if it was a measuring tape.

When Burnett told Richards that he was jailed for three months for that crime, the man said, “Yes.”

“So you are back in Jax store again doing the same thing,” Burnett said.

“I am very much sorry,” Richards said.

Burnett, however, told Richards that he was only sorry that he was caught, noting that it was the second time that he was stealing from the store.

“Whether you like it or not, based on your record, you are a thief,” the senior magistrate told Richards.

The prosecutor told the court that Richards went to Jax with a particular intention.

“He hasn’t changed since his previous sentence.

The magistrate said it was difficult to understand how some defendants think.

“I am wondering if he has a –” Burnett again said, but did not complete the thought.

Richards told the court that he lives at Sion Hill with his boss, who pays him various sums, including EC$200.

He said he had a bank account and was able to pay a fine.

“Well, if you have money in the bank, why steal?” Burnett asked.

“I don’t trouble the money in the bank,” Richards responded.

The court ordered Richards to pay a fine of EC$500 by May 28 or serve six months in prison, in default.

A restitution offer was also given for the stolen item.