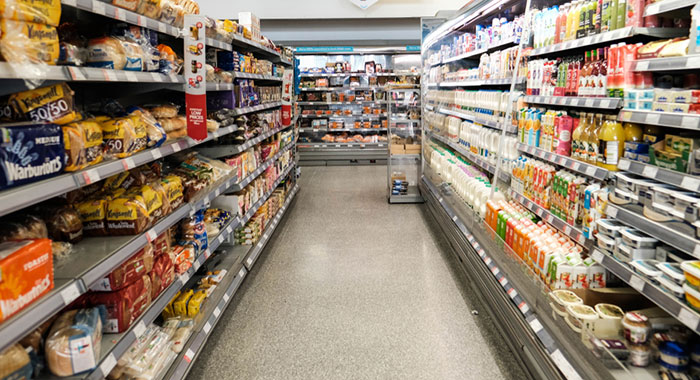 KINGSTOWN (Media Institute of the Caribbean) — As the COVID-19 pandemic wears on, and as the yuletide season approaches, residents of St. Vincent and the Grenadines (SVG) can expect to see significant increases in food prices.

And, amidst the compounding challenges resulting from April’s eruption of La Soufriere volcano, the Ministry of Agriculture is “racing against time” to get vegetable and egg production to a stage where it could meet increased demand.

“Since the National Emergency Management Organisation gave the green light [in August and September] to return to the Red and Orange zones, we have brought in significant quantities of seeds and we are actually racing against time,” Minister of Agriculture, Saboto Caesar said.

“We have ordered the eggs; the baby chicks are going out. We have distributed the seeds; we are assisting with the construction of greenhouses. [Very soon], we will be approving and giving out loans probably in the tune of quarter million dollars to small farmers. We are giving out greenhouses, helping in the repairing of greenhouses…”

The minister said that from a production standpoint, SVG does not have a food security issue, although disruption of the food supply chain is the major impact of the COVID-19 pandemic on the agriculture sector and food security in the region.

“… we do not have a food security issue because of the variety and the quantities of commodities that we are growing in the country. But we have an issue whereby many consumers have a preference for imported goods. So that’s a whole different issue.”

And it is this taste for imported food items that might cause consumers to see their purchasing power greatly reduced in the final quarter of the year, as COVID-19 impacts continue to cause food prices to skyrocket.

“We are in for a rough ride in this last quarter of this year. I am hoping that the people in North America still send home money for their families this Christmas. We are trying our best to find prices that have kind of remained at the low end of the scale, but it is difficult,” one supermarket executive said. The executive asked for anonymity so as to speak candidly on the issue without fear of negative impact on his business.

The higher prices are being driven by scarcity on the global market as well as the increasing cost of transportation of food items. However, the cost of food is also affected by a one-percentage-point increase in the customs service charge, a government levy that was increased to 6% on May 1.

“The one-percentage-point increase at the port, when you divide it over the number of pounds in a case of a product, it does not seem like much — if the prices had remained the same as nine months ago.”

“But, with all the different increases to get it here, if you were paying the one-percentage-point increase on $1, it was one cent. But now, if that product is costing you $1.15, $1.20 to import it, that has increased to one-point-sometime cents. It adds up,” the executive said.

The increases on the cost of food begin at the point of order.

“The first cost is up; the freight is up. The only thing in this equation that is not going up is people’s salary. Further, more people are not working, so sales are down. It is a worrying factor. I am worried about this next quarter. The cost of everything is going up. Certain products, when you order, they are not available anymore.”

The executive’s comments seem to give credence to a warning issued by Minister of Finance Camillo Gonsalves, who, in late September, said that Vincentians will see that their wages and salaries are paying for less than they did a year ago, because of higher prices as a result of the COVID-19 pandemic.

Some 13,556 people in St. Vincent and the Grenadines have taken a second dose of a COVID-19 vaccine, while 20,830 had taken a first dose, while for a total of 34,386 vaccines administered. This compares to the 50,000 doses that the government had hoped to have administered by the end of March.

The finance minister, in his comments in September, further said:

And until we can get some sense of normalcy in our economy, we, the government, are not going to be able to give cost-of-living increases in salary.”

Much of the food that larger supermarkets import into St. Vincent and the Grenadines come from the Americas, the European Union, and the United Kingdom. The supermarket executive said that the cost of shipping a 40-foot container from the United Kingdom has increased by US$1,300, inclusive of a general rate increase and a peak season surcharge that came into effect on Oct. 1. In the United States, the peak-season surcharge of US$200 came into effect on Sept. 29. “However, there are some serious other charges tacked on to the containers because of a shortage of drivers. So they have added an extra US$200 for that.”

The executive said that pre-pandemic, container haulers would wait for one hour, without charge, while a container was loaded. That free period has been reduced to 30 minutes and the drivers are now charging US$200 for every 30 minutes of wait time, which works out to about US$600 on every container. “That is what we are facing. They give you less time and there are different rates for different parts of the United States,” said the executive whose supermarket orders about 65% of its goods from the United States.

While ocean freight varies because of contracts with different lines, the additional cost outstrips any saving that these contracts might realise.  “So if you have a contractual rate for containers coming out of Savannah, Georgia, at US$4,500, the peak season surcharge and all the other expenses are tacked on. So you have a general rate increase  — a GRI — then it goes on to your contractual rates.”

When the container arrives in St. Vincent and the Grenadines, the supermarket pays duties on the cost of the goods, the insurance and the freight (CIF). “If your goods were costing $100 and the insurance was 1%, it’s now costing you $110. And then, the customs service charge has increased from 5% to 6%. It is an increase across the board,” the executive said.

The executive noted that the government must raise money to carry out its functions, adding that the state is under stress now because of lower revenue in take. The GRI and peak-season surcharge should be on an extra bill so that the company does not pay duties on them, which it, in turn, has to pass on to consumers, thereby further driving up the price of food, the executive suggested.

“If the government was collecting one cent on each dollar, they continue to collect that, rather than applying the tax to $1.10, as a consequence of the GRI and peak-season surcharge. It is the government that has to make that decision, not me.”

To illustrate how the pandemic is affecting availability of food and driving prices up, the executive said that chicken back, a meat staple for the poorest of the nation’s poor, is scarce and the prices higher. “If you are importing it, the purchase price of chicken back is duty free. But that is so high now it’s cheaper to buy leg quarters, which have duty and consumption tax, though very little duty,” the executive explained.

The supply of leg quarters has remained stable, but the price has increased. On the other hand, the supply of chicken wings has fallen by 25% while the price has increased because of the increased freight rates from the United Kingdom, the source market. “So we are going to start to see the heavy increase in prices. When I say heavy, five cents is heavy to the poor man. We will start to see it in the next month or so,” the executive said.

The executive noted the Vincentian food tradition during the holiday season. This includes the consumption of picnic hams, the source price of which has increased by 20.8%, even as the supermarket prepares to make its first order of the season.  “That is an increase in the first cost. That is the CIF price,” the executive emphasised. “I am fighting with the supplier to give me a reduction before the container sails. Otherwise we are going to be in trouble.”

Another commodity that is in heavy demand at Christmas time is eggs, which are produced locally, and, in the event of a shortfall, permits are given for importation.

The executive was unsure whether local suppliers would be able to meet demand, amidst a shortage of locally grown whole chickens, as result of the impact of the volcanic eruption.

But what is sure is that the price of cooking oil has skyrocketed. “Cooking oil like it wants to rival gasoline prices. And it’s nothing we have control over,” the executive said.

At one supermarket, corn oil is sold for US$28 per gallon, soya bean oil is US$21 per gallon and vegetable oil for US$21 per gallon. After the most recent increase that came into effect on Oct. 1, Vincentians are paying US$5.20 per gallon of gasoline, almost twice the price one year earlier.

Another cost is the rising cost of wheat and the impact it could have on the production of flour locally, a main ingredient for bread, a stable item.

The agriculture minister said this could also have implications for the price of animal feed, eggs and other items along the value chain.

“I am following very closely with the ministry, the exorbitant increases in prices for shipping, especially coming from Asia. … And if this trend in the increase in the cost of shipping continues, it is going to have a knock on impact and it can cause a rise in food prices, not only St. Vincent and the Grenadines but in the entire region,” Caesar said.