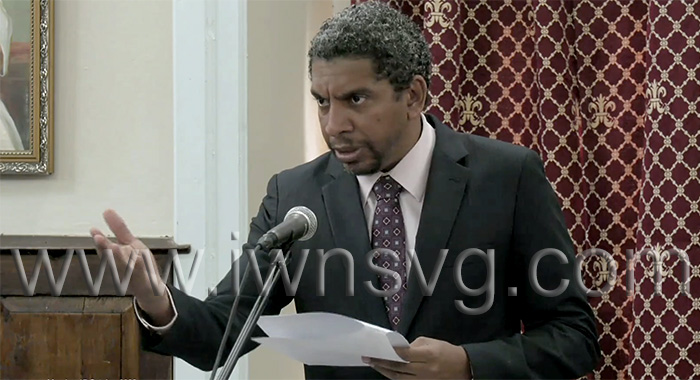 Government finances in St. Vincent and the Grenadines registered a deficit of EC$90.7 million as of September this year, compared to EC$81.8 million in 2021, despite higher revenue in 2022.

Minister of Finance Camillo Gonsalves told Parliament, on Monday, that total revenue and grants for the first three quarters of the year stood at EC$516.9 million, compared to EC$522.6 million, year-on-year.

“The current expenditure, we are at EC$496.7 million this year as opposed to EC$48.6 million last year. So, it’s an increase of 1.7%,” Gonsalves told lawmakers.

He was responding to a question by MP for East Kingstown, Fitzgerald Bramble, an opposition lawmaker.

Gonsalves said that capital expenditure was EC$121.5 million, compared to EC$122.8 million in 2021, for a current balance deficit of EC$10.1 million as opposed to an EC$15.6 million deficit last year.

The overall deficit this year is EC$90.7 million, compared to EC$81.8 million for the same period last year.

“The deterioration in the fiscal balance in that respect is attributable to a reduction in the grants and an increase in recurrent expenditure. The decline in capital revenue is due to a falloff in volcano relief grants,” the finance minister said.

“So, if honourable members look further, you will see that most indicators will be up this year. But we got two windfalls last year. One was we got some additional grants — I wouldn’t call them windfalls in the context of the volcano but there were some grants that we received and last year there was a tremendous increase in alien land holding licenses and stamp duty.”

“So, as we indicated last year at the time, there were a number of large property sales in the Grenadines that inflated the monies we received from alien holding licenses and stamp duties and those numbers have essentially returned to Earth.

“But the other aspects of the economy are strengthened, which is why our current revenue is up 2.9% notwithstanding the decline, substantial decline, in the property sales and property taxes from alien land holding licences.”

He said current revenue increased by 2.9%, resulting from improved collections under all subcategories except taxes on properties.

“Part of this, of course, is due to the fact that everything is more expensive right now. So, if things are more expensive at the port, the taxes on that value will be higher.”

He was speaking on a day that Parliament would approve an additional EC$70 million in supplementary estimates for capital expenditure.

Gonsalves noted that EC$70 million was not recorded in the EC$121 million, although it had been spent.