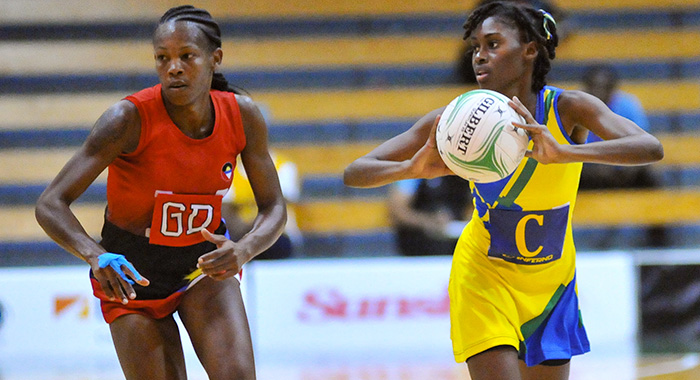 St. Vincent and the Grenadines, despite having two players out of the selection process for the night’s game, was clinical in their defeat Antigua and Barbuda 66 – 30 in the Netball World Cup Regional Qualifiers in Jamaica on Thursday.

Assistant coach Vasha Adams was quite pleased and said it was a team effort as every player on the court gave off their best.

The Cayman Islands is their next opponent on Friday night at 9:25 p.m., and on Saturday in their final game of the qualifying campaign, SVG clash with Grenada at 4:15 p.m.

SVG have won their games against St. Lucia and the United States and lost a non-qualifying match against Jamaica.

The team is seeking to grab one of two available spots for the world championship in South Africa next year.